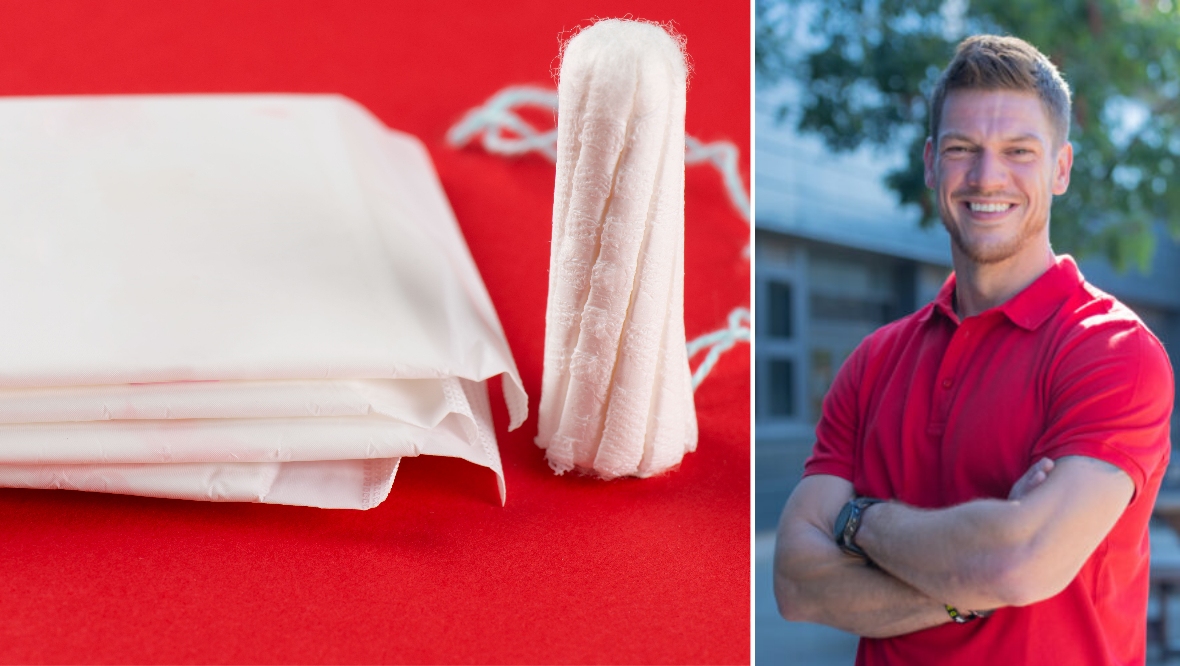 The decision to appoint a man into the post of period dignity officer as part of a new law passed in Scotland has been branded “ridiculous”.

On Monday, Scotland became the first country in the world to introduce a legal requirement for the provision of period products free of charge to those who need them.

For the Tay region, Dundee resident Jason Grant has been appointed to the role.

He said he will work to “break down barriers, reduce stigma and encourage more open discussions” in the role and is employed by a project team which includes Dundee and Angus College, Perth College, Angus Council and Dundee City Council.

Mr Grant said: “Too many women and families cannot afford to buy period products, so this new legislation is both transformational and long-overdue.

“With our partners, we will be looking at fine-tuning the existing distribution and availability of products, including sustainable options and even plan performing art workshops in schools and colleges to improve education around periods.”

The appointment has proven controversial, with many zeroing in on the need to employ women in positions such as this.

In an interview with Sky News, SNP Westminster leader Ian Blackford said that “as a principle, it would be far better if women were in these posts than anyone else”.

He continued: “It’s a policy that we should all be proud of – all the steps that have been taken. I think, at the end of the day, there should be a priority of having women in place in these posts.

She later said to a follower: “Have we ever tried to explain to men how to shave or how to take care of their prostate or whatever?!? This is absurd.”

Scottish hip hop artist Darren McGarvey, added: “You would think this kind of stuff would be choreographed a little more delicately.

“Yes, it’s a Dundee Council appointment but people are not going to care. The optics are unnecessarily bad.”

Actress Frances Barber also criticised the appointment, tweeting: “I don’t know how Scottish women feel about this, but as an English lover of Scotland, I’m fuming.”

In a statement announcing the appointment, Jason Grant said that being a man would help him “break down barriers, reduce stigma and encourage more open discussions”.

He said: “Although affecting women directly, periods are an issue for everyone. We’ll also raise awareness of the menopause, which, although a natural process for women, has wider repercussions in the world of work and family.

“It’s time to normalise these topics and get real around the subject.

“I believe I can make progress by proving this isn’t just a female topic, encouraging conversations across all genders and educating and engaging new audiences.”

The legislation to offer free period products was proposed by Labour MSP Monica Lennon and it was unanimously backed in the Scottish Parliament in 2020.

“Councils and charities, community groups, have been doing the hard work already to improve access to period products, to make people aware of how they can access them.

“But now people know that they have this legal right, so that’s really, really important.

“And I hope it also sends out a message to other countries, other governments, that they can do this too.”

“The role builds on some fantastic work which has been gathering speed across the Tay region for several years, led by a passionate group of people of all genders, ages and backgrounds.

“With all partners in the working group Equal Opportunities Employers, Jason was the strongest candidate.

“By changing the culture, encouraging debate and removing the stigma around periods, we look forward to supporting the delivery of this important work across the region.”