Dundee's St David’s Halls dates back to the 1600s with the underground vaults thought to be even older. 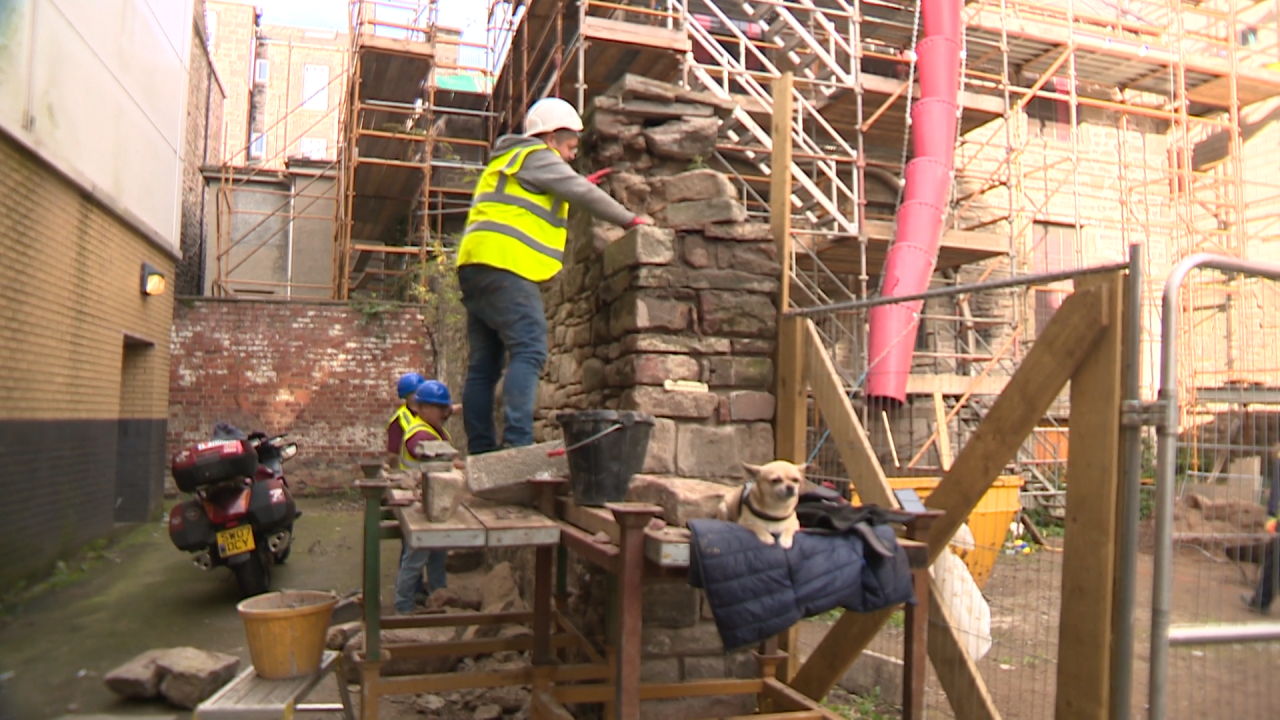 A group of army veterans and volunteers have been giving up their free time over the last year to restore one of the oldest buildings in Dundee.

St David’s Halls is tucked away behind the Nethergate and dates back to the 1600s with the underground vaults thought to be even older.

Throughout the centuries the building has had many uses including being a bakery, housing and, most recently, a social club and home to a Masonic Lodge.

Ronald Marr, a volunteer and chairman of the lodge, said: “The building has been used on the social side by the people of Dundee.

“Many can remember, going back to the 50s, getting their money from here when it was a co-operative.

“St David’s had been well used by the people of the city.”

Part of the building was destroyed when the Nethergate was built during the first wave of regeneration works in Dundee during the 19th Century, and hundreds of years’ worth of bad weather has taken its toll on the building.

Stuart Niven, the project manager of St David’s Restoration, said: “The roof has been in disrepair for years, to the point [water] would run through three floors into the basement.

“It’s completely perished all the beams, the roof joints and there’s been a lot of damage to the cornicing.

“So we’re starting from the top and working our way down, and we’re 60% of our way through the roof now, which is nice because when you’re at the social club you don’t have to empty buckets of water.”

Mr Niven and the volunteers are all ex-service personnel, with many having served in the Para Corps, with engineers, electricians and stone masonry skills.

“We’ve had lots of interest from members of the public with maybe two or three a week coming to ask what we’re doing and have a look at the building,” he told STV News.

The future plans for the building do not just involve the social club, the team here are hoping everyone will be able to use it.

“The future is renovating the basement to open it up to the public, and that’s where they can see some of the history of the building some of the old vaults,” Mr Niven said.

“Upstairs we’re looking to build a veterans centre and a support centre for those in the NHS and veterans, with a soft lounge a meeting place for them.”

Mr Marr said: “It’ll take another few years to complete everything all together but I’m sure it’ll be for the benefit of Dundee and the people in the city.”