Army of volunteers helping those left in the cold at Christmas

Thousands of people will be waking in doorways, tents or hostels. 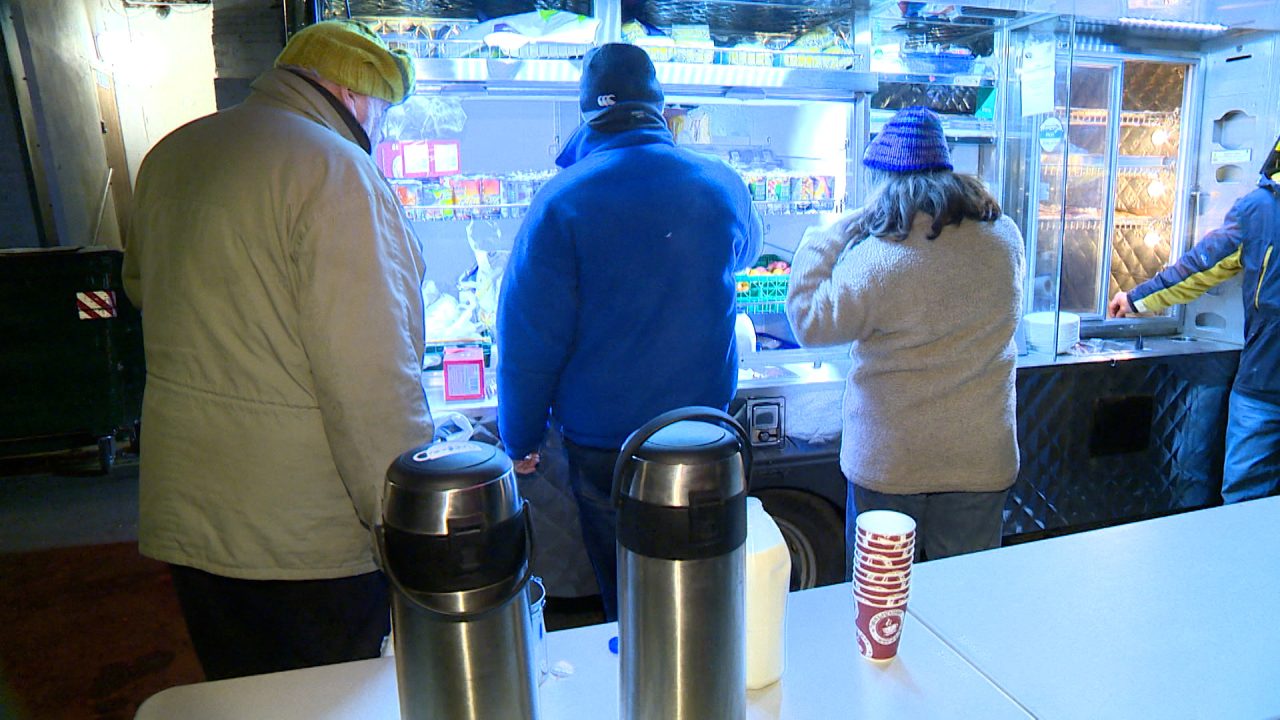 More than 46,000 people in Scotland won’t be “going home” for Christmas – instead they’ll be waking up in doorways, tents or hostels.

For them, a house of their own is only a dream, but an army of volunteers are doing what they can to help those out in the cold this Christmas.

The Eagles Wings Trust parks its soup van in Dundee city centre every night from Monday to Thursday.

On one of the coldest nights of the year, people are queueing for hot food and drinks.

In previous years, December was a quieter time, but not this year. Many people who were scraping by before the cost of food and energy rocketed, are now struggling to keep a roof over their head.

Mike Cordiner, from Eagles Wings Trust, explained many have been through really rough experiences in life.

“Some it’s mental health issues, others have addiction issues, there’s folks who have been through forms of abuse in the past,” he said.

“There is any number of reasons for why people come down here but that’s not our job to judge why they’re there, but they’re here and we want to help them move on and get the help they need to get stability back in their life again.”

Martin Morgan knows what it’s like to have nowhere to call home after the death of his father and the breakdown of his relationship.

He slept rough and in hostels but now has his own bedsit and a spring in his step.

He now walks the streets he once slept on – covering so much ground that he wore through the soles of his shoes.

“My feet were so painful,” said Martin. “I could barely walk on them. I was in so much agony. There was grit in them. The skin had hardened so it was like leather.”

Elaine regularly visits Eagles Wings Trust to treat others feet too. She gives them new socks and second-hand shoes, helping them get back on their feet in more ways than one.

“I’ve come along tonight because of the extreme temperatures,” said Elaine.

“Normally we would go to Eagles Wings, we have a little shoe department there and they can just help themselves to what they need and away they go.”

Grateful Martin said: “I do a lot of extreme walking and running, over hills, mountains and things like that, so my feet were really bad.

“Just something so simple as this lovely lady (Elaine) helping me can really lift the spirit and make you feel good a lot better.”

Sofa surfing is common, where people move between homes of different friends and family and beds in hostels are in demand.

Most people visiting the soup kitchen in Dundee know what it’s like to be homeless.

Sylvia said: “When I came out to Dundee I was homeless and I had to go and live in a homeless unit but I’m ok now because I’ve got my own house now.”

John has been homeless but now has somewhere to stay. He is grateful for the help Eagles Wings and other organisations give him.

After a family break down, Chris was also homeless. He is now back on his feet and volunteers at some of the charities that helped him.

“I was homeless and lived in the Salvation Army hostel but I never had to sleep on the streets so I don’t know what that’s like for people,” he said.

“Living in a hostel was difficult. I was pleased to have a roof over my head but there was lots to deal with. There’s lots of people struggling this winter and it’s freezing.”