An armed robber who took part in a raid at a luxury hotel has been jailed for 11 years. 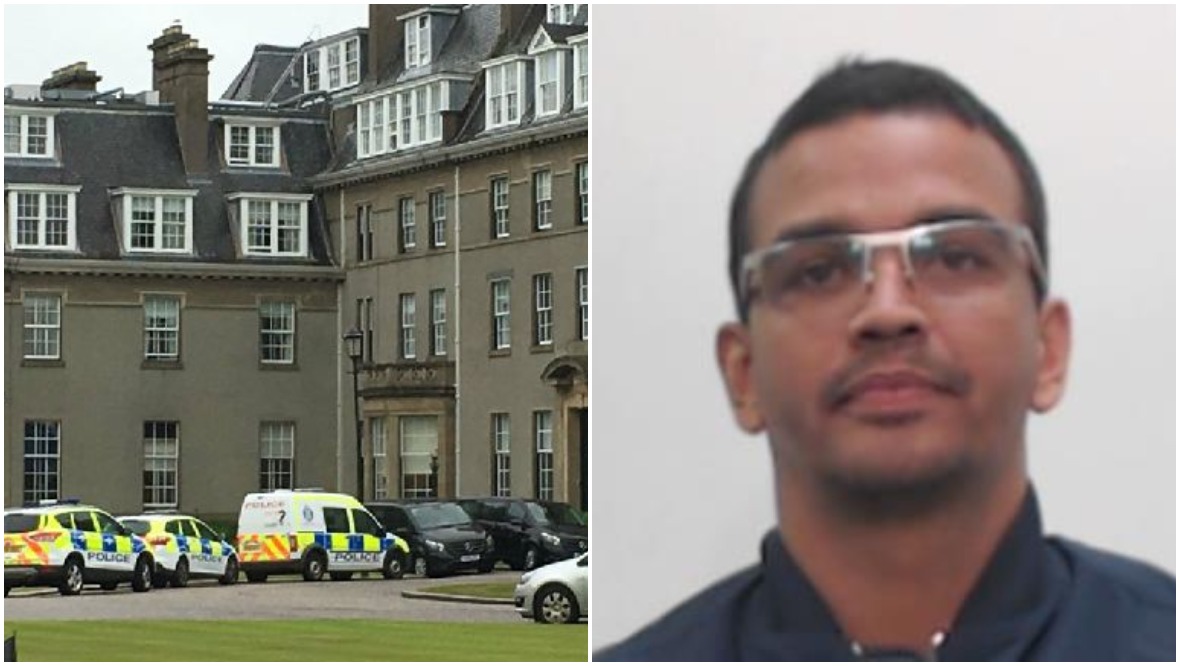 An armed robber who took part in a raid at a luxury hotel has been jailed after being brought back from South America to face justice.

Dean Jones was part of a three-man gang who staged the smash and grab heist at a jeweller’s boutique at the five-star Gleneagles Hotel, at Auchterarder, in Perthshire.

He was jailed for 11 years and four months at the High Court in Edinburgh on Friday.

The 39-year-old escaped with 50 Rolex watches along his step-brother Liam Richardson and Richard Fleming in June 2017.

Fleming, then 42, was jailed for 15 years with a further three years supervision in 2018 and 30-year-old Richardson was also sentenced to 11 years and four months.

The weekend before Fleming’s trial, police discovered that the third man, Jones, had boarded a flight from Turkey bound for Brazil.

The Brazilian authorities were contacted and he was detained as he disembarked from a plane at Sao Paulo airport on August 17, 2018.

He was subsequently extradited back to the UK last year.

Days after the raid he had flown from London to Malaga and it is believed he then moved on to Morocco before later jetting to South America.

In court on Friday he admitted taking part in the robbery with others with faces masked and in possession of hammers, a machete and pistol.

The men put employees Stephen McIvor and Daniel Horne in a state of fear and alarm for their safety by repeatedly striking and smashing display cabinets at the Mappin and Webb shop.

A judge told him: “The robbery was an act of serious, premeditated criminality. It involved significant advance planning with a visit to the hotel some weeks before.”

Lady Carmichael told  Jones: “Criminality of this nature will not be tolerated.”

She said: “You removed yourself from the country and as a matter of fact avoided, for a significant period, facing the course of justice for the robbery and there was the necessity for extradition proceedings.”

Jones and Richardson travelled up to Glasgow two days before the robbery from their home city of London in an Audi that was to be used in the raid.

Fleming, a Glaswegian who had settled in London, travelled up by train.

On the day of the raid they travelled from Glasgow in convoy with the Audi and a Range Rover Evoque.

They drove to the main entrance of the hotel in the Audi A4 and left the vehicle armed with weapons and shouting.

Jones and Richardson were each carrying weighted hammers that could smash through security glass and Fleming was armed with the gun and machete.

Advocate depute Alex Prentice QC said: “All three men were dressed identically in black, including their gloves. They further concealed their identities with masks covering their faces.”

The entire raid took place in two minutes before they left in the Audi which was abandoned and they swapped to the Ranger Rover for their getaway.

The Range Rover was later found burnt out at a graveyard in the east end of Glasgow.

The robbery sparked a massive police operation and DNA linking Jones to it was discovered on a hammer found in the Audi and in the vehicle itself.

Fleming was caught on camera in Glasgow Central train station later on the day of the robbery showing off a watch before he and his accomplices boarded a train for London Euston.

The court previously heard that staff at the hotel feared the gang were carrying out “a terrorist attack”.