Colin Adamson was found dead in a burnt-out car during a work trip to Celle in 1983. 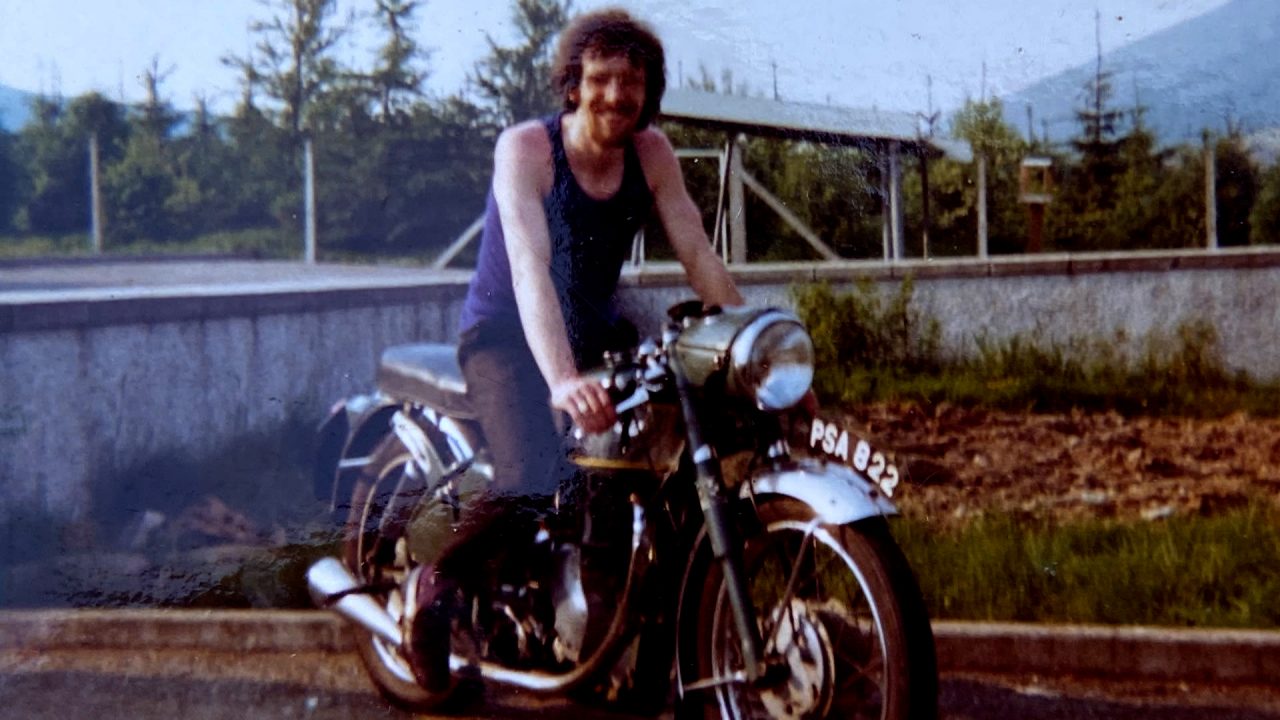 The family of a murdered man who was found dead in Germany nearly forty years ago has appealed for help in finding his killer.

Colin Adamson from Banffshire was discovered in a burnt-out car in woods during a work trip to the West German town of Celle in 1983.

His son told STV News they are still desperate for answers as to what happened to his father, and why.

Evan Adamson, who was six years old when his father was murdered, said: “He was the kind of person that would just make everyone smile.

“He was extremely caring, compassionate and funny, he was a musician

“He was quite a small guy, but he was a big character and the people who knew him loved him.”

Evan’s sister Gill was only three and their mother Babs would die without ever finding out exactly what happened to her husband.

Thirty-eight years on, whoever was responsible for his death has never been caught, leaving a family still searching for answers.

Evan continued: “I think there must still be people out there who have an idea or have information that might be useful.

“The fact that mum didn’t get an answer, that’s kind of the motivating force for me and Gill.

“That we can say to mum, yeah, we’ve got the answers.”

Colin Adamson was a 33-year-old oil worker from Aberchirder in Banffshire when he was sent to Celle with his company.

His body was found in a burnt-out car on December 19.

“What we’ve heard is that he’d been out on the weekend evening, he’d gone to a casino in the town, and we believe he’d had a bit of a windfall.

“The belief is that there was an attempted robbery on him, possibly because he’d had a windfall.

“Whatever happened next ended up with him being killed and his body being discovered in a burnt-out car in the woods nearby.”

German police launched a murder investigation as they tried to work out what had happened.

Their enquiry also involved military police, as there was a British Army base close to the area where Colin was found.

Evan said: “There was a couple of suspects that were ruled out. There was mention of the possibility of soldiers or ex-soldiers.

“There was also mention of a transient biker gang going through the area, but that’s as much as I found out.”

As the years went by, the case remained unsolved.

Evan’s mum met with military officials in 2009, but there were no new leads and after her death in 2010, Evan continued her work.

He was able to see some documents through Freedom of Information requests, but huge gaps in the case remain.

He said: “We just want answers. It’s something that we’ve always been aware of, it’s a long time ago, it’s a cold case, but from time to time you’ll see other cases get kind of pushed.”

STV News has made contact with the German authorities involved in the case but is still awaiting a response.