Straw bales transformed into colourful artwork as tribute to Queen 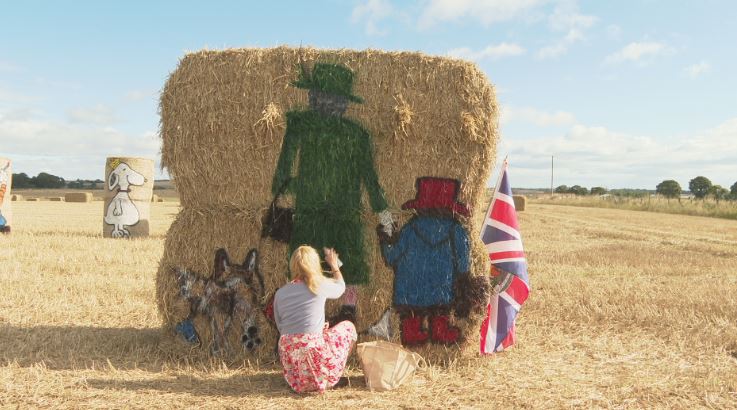 A farm has transformed one of its fields into a colourful canvas in tribute to the Queen.

The centrepiece of the display is the recreation of a tribute painting by Yorkshire artist Eleanor Tomlinson, an image which has captured the nation since the monarch’s death on September 8, featuring the Queen with Paddington Bear and a corgi.

Fleur told STV News: “This is a very poor copy of her beautiful, beautiful painting, which I think will be pen and water colour. It was just a small tribute to Her Majesty.

The display sits next to the main road between Forfar and Carnoustie, near Crombie, and has already attracted crowds since its completion.

Visitors’ reactions are often emotional for Fleur to hear, with some describing her artistic flare as a national institution.

One visitor to the display told STV News: “This year, it’s extra special just with the installation of the Queen with Paddington.

“[Kids], it’s what they recognise with the Queen. They’ll always remember and to have just captured that is very special.”

This is the eighth year Fleur has created the straw art displays, raising money for charity. This year donations will be made to Cancer Research UK.