Carriage driver Jayne McGarvie has no feeling in one side of her body. 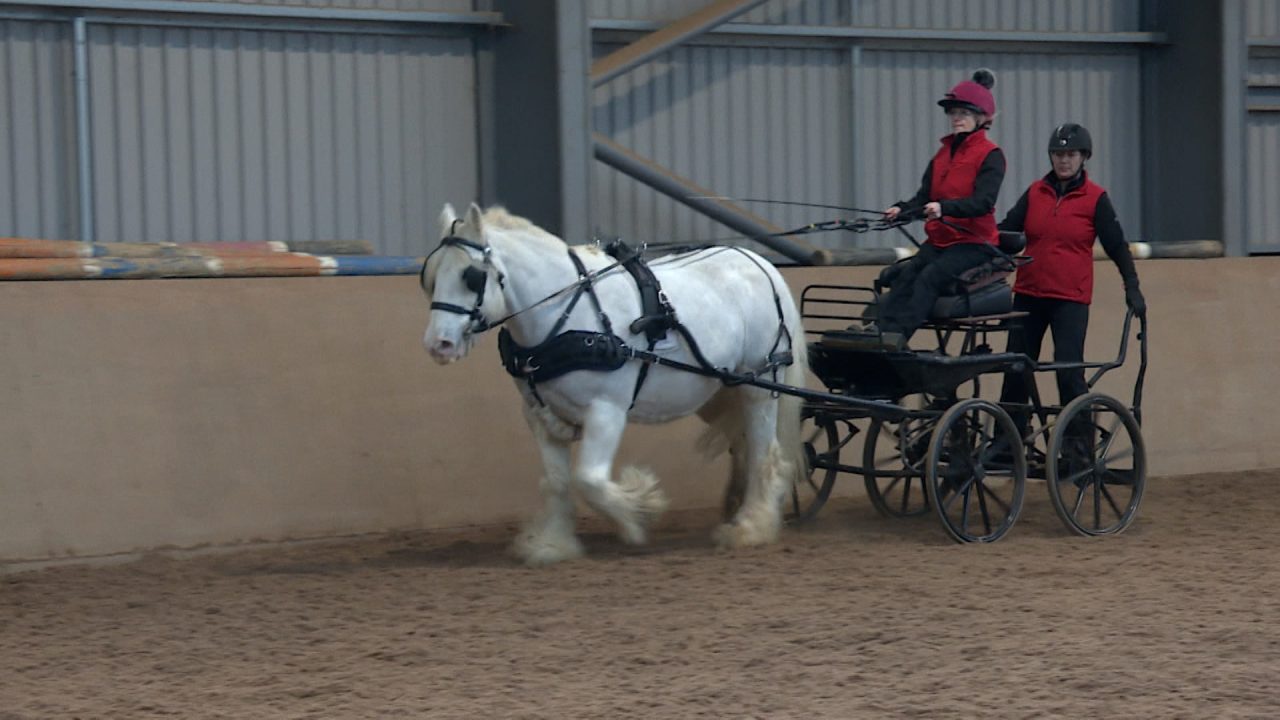 A woman is set to represent Britain in a world championships nine years after suffering a stroke.

Jayne McGarvie, from Insch, Aberdeenshire, was told she would never regain feeling in her left side.

She was devastated to learn she would have to give up her love of horse riding.

However, she is now training for the carriage-driving world championships after joining Garioch Carriage Driving for Disabled Group near Inverurie.

Jayne said: “I can’t feel my left side and things are very difficult, things just fall out of my hand, and I don’t really know where my left side is.

“It really helped a lot with confidence and just meeting and greeting and getting out there and just feeling like you could.”

Jayne started competing with horse Prince, but in 2019 she met and fell in love with Scrumpy Jack, who she now hopes to take to the World Para Carriage-Driving Championships.

The pair are in the running to join Team GB at the prestigious event due to be held in the Netherlands in August.

Jayne, who is raising funds for the competition, said: “You’re getting to go out with the horse’s head and look between the ears and it’s just lovely.

“We managed to go down with Jack to the national championships and it was just fanatic to have your own horse in a place where the greats have been.

“After that, we thought the world championships is the next step to try and get towards.”

The Gairoch Carriage Driving for Disabled Group, housed at Strathorn Farm, has been run by Ruth Skinner since the late 1980s.

Ruth said: “It’s so important, it means so much to so many people to sit behind the horse and hold the reins and be able to drive round our tracks and take part in competitions.

“The carriages can take a wheelchair and we can go along the riverside and see the wildlife as well.”