Helen Louise Sinclair said she will 'never get over' losing her first baby a decade ago. 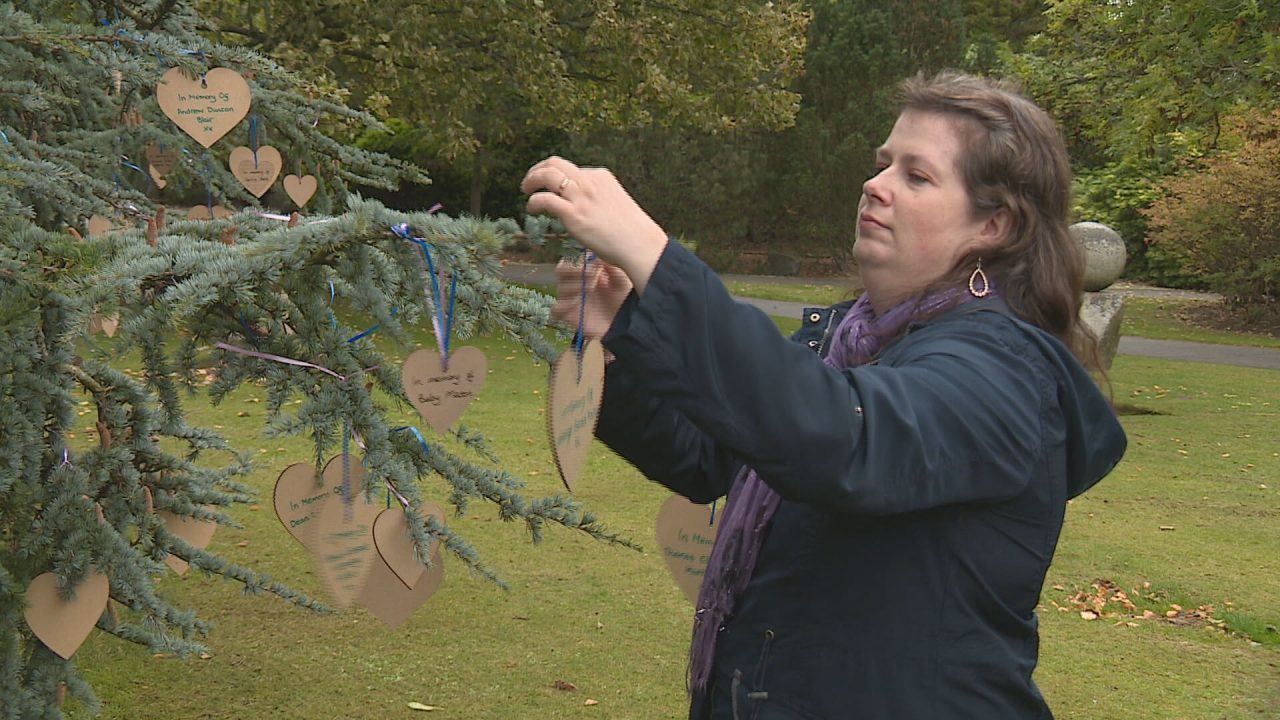 An Aberdeen mum has opened up about losing her baby son George ten years ago as part of Baby Loss Awareness Week.

Now she has a nine-year-old daughter Rebekah and volunteers with the Stillbirth and Neonatal Death charity (SANDS).

A decade on, she says its still difficult to come to terms with but hopes to draw upon her experience to help other women and families.

She told STV News: “My first son George was still born at 29 weeks and five days into my pregnancy, I had to give birth to him which was hard.

“But it’s still a really important subject to talk about because I didn’t know about still births until it happened to me.

“It’s been ten years but you never get over it, support is so important.”

Baby Loss Awareness week is about remembering babies lost in pregnancy, during or soon after birth and to help bring attention to the issues many women and their families face.

Charities say the topic needs to be discussed so people can be better supported.

As part of the annual event, more than a hundred wooden hearts have been hung at Hazlehead Park in the Granite City by SANDS.

Each holds the name of a lost child, including an ornament bearing Helen Louise’s son’s name.

Munira Oza from the  Ectopic Pregnancy Trust said: “Pregnancy and baby loss I think are still two of the big taboos in society.

“It’s really important to break that taboo to be able to support one another and to commemorate the babies that were sadly lost.”

As part of the annual event, more than a hundred wooden hearts have been hung at Hazlehead Park in the Granite City by volunteers at SANDS.

Helen said she has relied on the charity throughout her emotional journey and wanted to give back.

She explained: “I don’t know what I would’ve done without that support as well as my family and my friends,

“I want people to know that SANDS is there to help, I’m there to help. I understand what they’re going through.”