Scot among six in court over F1 Silverstone circuit invasion 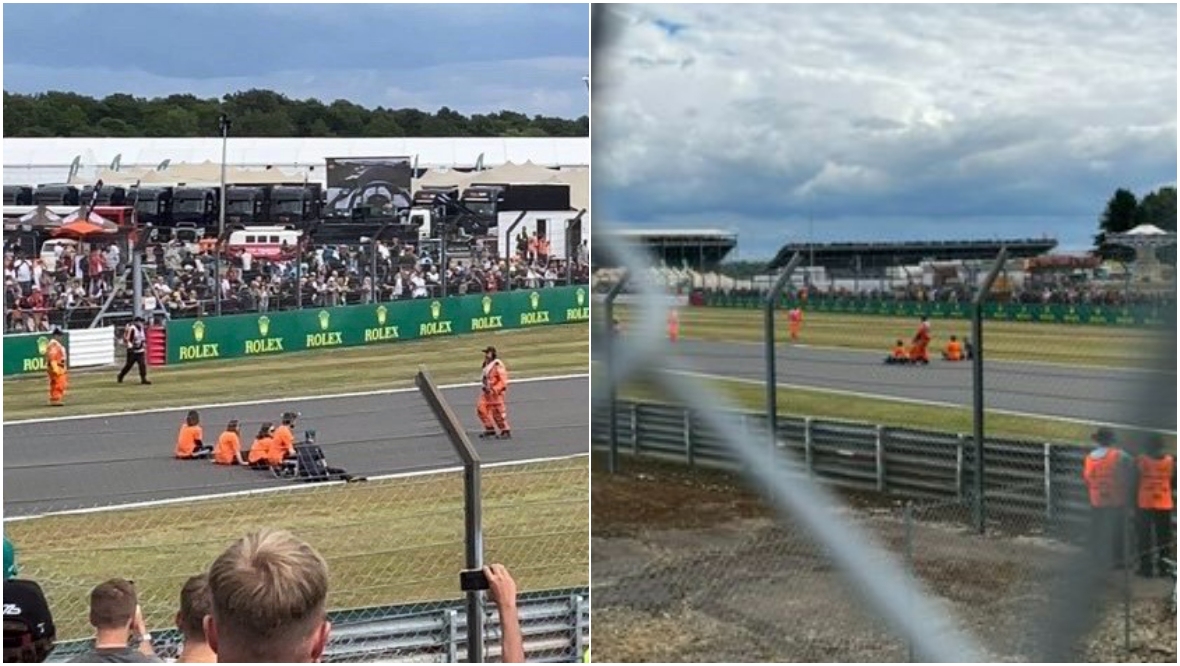 An Aberdeen man is among six activists who have appeared in front of a Crown Court judge charged over a track invasion at the Formula 1 British Grand Prix at Silverstone.

Protesters stormed the Wellington Straight, the fastest point of the track, before sitting down during the opening lap of the British Grand Prix on July 3.

The race had been suspended following Alfa Romeo driver Zhou Guanyu’s first-corner crash, but a number of drivers sped by the group as they returned to the pits before race marshals dragged them off the tarmac.

University student Alasdair Gibson, 21, from Aberdeen is among six people charged over the incident who have now appeared in front of a Crown Court judge.

David Baldwin, 46, Emily Brocklebank, 23, Alasdair Gibson, 21, Louis McKechnie, 21, Bethany Mogie, 40, and Joshua Smith, 29, have all been charged with conspiracy to cause public nuisance.

None of the defendants were required to enter a plea at Northampton Crown Court on Friday.

McKechnie and Smith, both of Manchester, were remanded into custody ahead of a plea hearing on October 3.

Baldwin, of Witney, Oxfordshire; Brocklebank, of Yeadon, Leeds; Gibson, of Aberdeen; and Mogie, of St Albans, Hertfordshire, were granted bail until the same date.