The city is back in lockdown after 54 cases were detected and 191 contacts were traced. 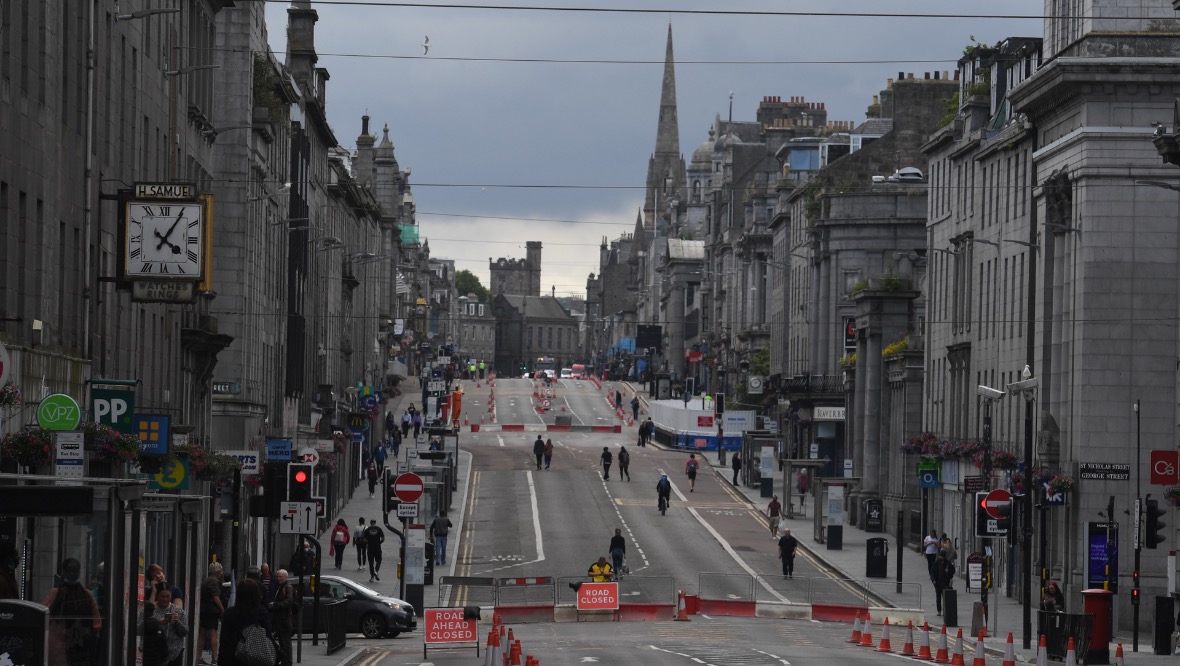 Contact tracing is continuing in Aberdeen amid a coronavirus outbreak which caused lockdown measures to be reintroduced on Wednesday.

The Scottish Government’s health secretary said schools reopening in the city as scheduled next Tuesday is a priority but warned additional measures may be required if necessary.

The new restrictions ordered all indoor and outdoor hospitality venues to close by 5pm on Wednesday, prevent residents visiting each other’s homes and impose a five-mile travel limit.

Jeane Freeman confirmed on Thursday morning the latest known figures of 54 cases in the city with 191 contacts traced so far.

She also told the BBC’s Good Morning Scotland it was important to recognise the complexity of the cluster – in comparison with similar outbreaks in Inverclyde and Lanarkshire – with the number of venues involved.

“That is part of the complexity of this, the nature of it if you think about some of the other outbreaks that we have responded to, and traced right through to the end of the transmission chain.

“It is complicated to know exactly where everyone has been and that’s part of test and protect, which of course we need to remember is still under way, we’ve not concluded this yet.”

Asked about the process being carried out before schools in the city return next week, she said: “It depends on how quickly the technical problems can be resolved and importantly that our senior statistician confirms that he is confident that that data is robust.

“The priority is to get the schools back, we’re being really clear about that as a priority across the country as it’s one of the most important things that we that we do.

“If there is a need for additional measures to help us do that, either in the north east or anywhere else, then I think you’ve seen that we are prepared to take those additional steps.

“But right at the moment there is nothing to tell me that we need to do more in Aberdeen city that we have already done.”

Freeman also said discussions had taken place on Wednesday with leaders of both Aberdeen City and Aberdeenshire councils.

City councillor Marie Boulton told the programme: “There was a suggestion that there could have been some community transference, so I think it was the right measures.

“Some of the things such as closing cafes which maybe don’t sell alcohol, I think, perhaps were maybe a little harsh, because it certainly seems from the list of venues that is alcohol-related premises that we’ve seen spikes coming from.

“We’re in uncharted waters for everyone … this might be the wake-up call people that need to start to apply sensible behaviour when they’re out.”

Chris Littlejohn, NHS Grampian’s deputy director of public health, told the programme if people do not get a call from trace and protect they are not a close contact, regardless of whether they have been in any of the premises listed.

He added if the virus gets “half a chance it will spread like wildfire and that’s the real worry in this situation”.