Aberdeen faces a weekend on lockdown, this time on its own

Cases linked to the city's cluster have increased to 101, which began with an outbreak at a pub. 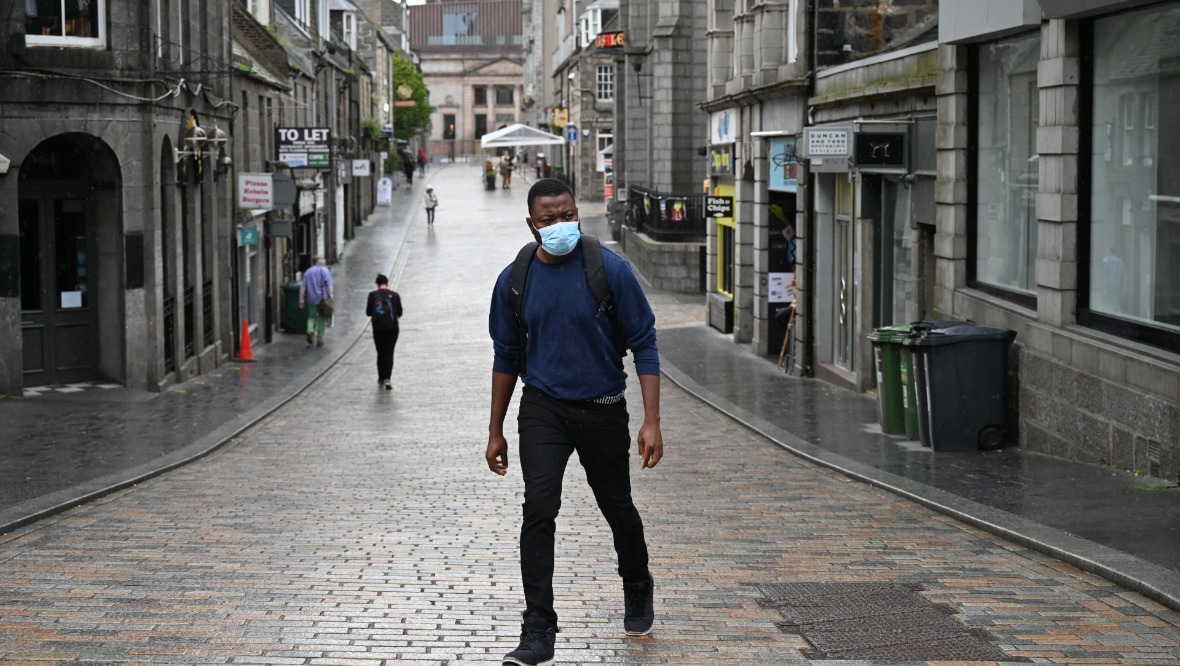 Aberdeen is preparing for its first weekend in lockdown following an outbreak of coronavirus in the city.

Cases linked to the city’s cluster have increased to 101, following an outbreak at a pub.

Players from Aberdeen Football Club have been condemned by the First Minister after team mates went to a bar at the weekend.

Two players have since tested positive for the virus, with six others self-isolating.

At Friday’s briefing, Nicola Sturgeon said: “I am pretty furious about this situation because it shouldn’t have happened.”

Bars and restaurants have been forced to close as a result of the lockdown, with many concerned about their future.

The Chester Hotel had been taking around 2000 bookings a week, but are worried about drawing future customers to the city.

Stephen Gow from the hotel said: “I think we’ll have to regain confidence not only locally, but I think nationally as well.

“It’s not just about our local customers, who are incredibly important to us, but in order to fill bedrooms in the city we need people from outwith the city.”

Meanwhile, extra police will be patrolling the city to ensure people are adhering to lockdown rules.

Superintendent Murray Main said: “People will come and enjoy themselves, we’ve got the five mile [restriction] for leisure so I’d ask people to stick to that.

“I would ask people not to congregate in peoples houses, but if people are enjoying the weather, they do so responsibly, take account of their own actions and the impact and spread of this virus.”

There are concerns that the outbreak could have an impact on schools reopening, which is due to take place next week.

However Jenny Laing, co-leader of Aberdeen City Council, is hopeful that the city can get the outbreak under control.

She said: “We obviously have the situation currently and that will be reviewed by the Scottish Government and the councils, but we hope to have the schools open as planned, particularly if we can get this outbreak under control quickly.”