The New Arc animal charity is now caring for the baby otter, who they have named Baby Belle. 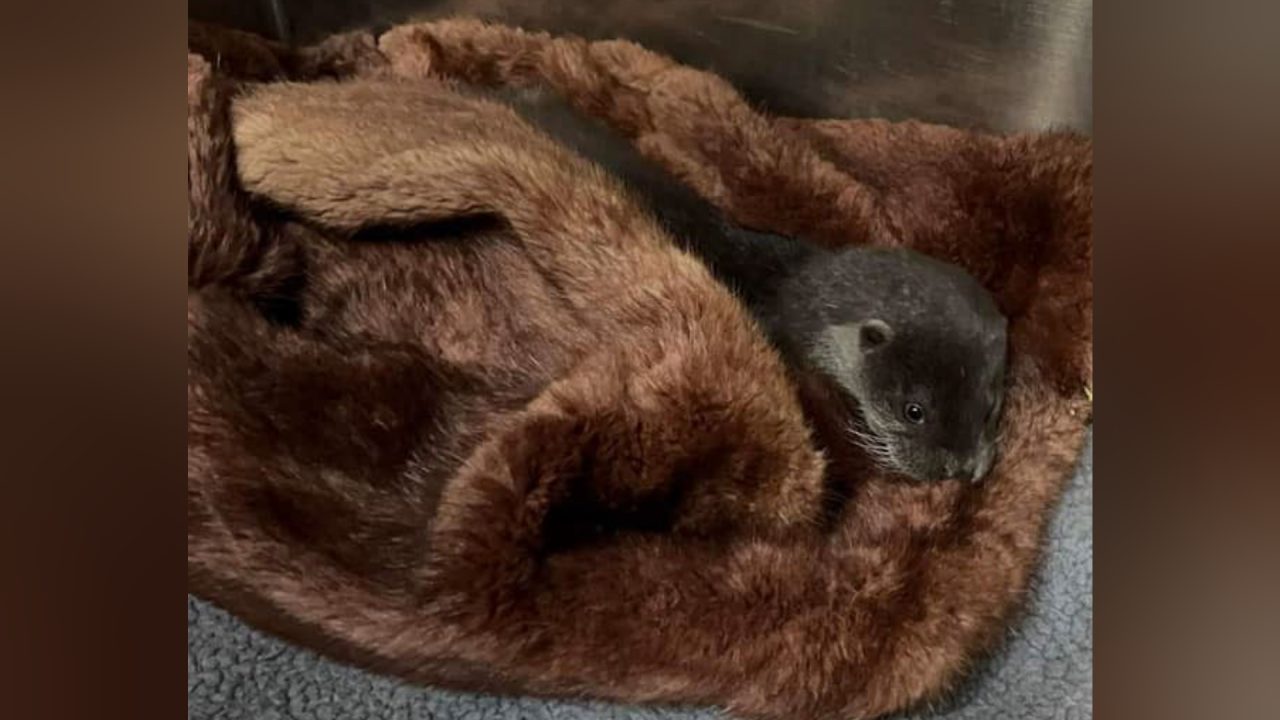 A baby otter is in the care of a wildlife protection charity after being saved from the side of a busy Aberdeenshire road.

The animal – named Baby Belle – was discovered by passers-by in Monymusk in the Marr area of Aberdeenshire on Sunday.

She was in danger of being hit by a car and it became clear after some time that she was alone without her mother.

A member of the public alerted the New Arc rescue centre near Ellon who collected her from the original rescuers and have now taken her into care.

The otter, believed to be around five weeks old, weighed just under a kilo.

After arriving at the centre, welfare officers were briefly concerned when they spotted what they thought was a red blood stain on her towel. However, the stain turned out to be a stain from a Babybel cheese, with the mix-up inspiring the otter’s new name.

Baby Belle is now on a diet of specialised formula substitute milk and will soon be introduced to a milky fish soup.

Once old enough, she will be introduced to an otter enclosure.

Keith Marley from the New Arc centre told STV News: “She was in good health but very hungry.

“The difficult part now is maintaining her wild nature.

“Some people will take otters in and give them lots of cuddles but we intend to return her to the wild and it’s important that she’s able to cope with that.”

Baby Belle is currently settled on a bed made from a real-fur coat, donated to the centre.

Keith suggested to anyone in possession of a real fur coat which they do not want to wear to instead consider donating it to a rescue centre, as the authentic fur helps keep animals warm.

He said: “It’s a wonderful use for real fur coats. To me, the only acceptable use for a real fur coat these days, is for a super snuggly bed for very young mammals.

“If they are donated to use we can assure they will not be resold but used to make beds for the use of our animals.

“If you phone a rescue centre in your area they are likely to be able to make use of them.”

Founded in 2006, the New Arc centre currently has two otters and cares for a variety of rescued wildlife including hedgehogs, foxes, deer and a variety of birds.

Taking in around 1,000 animals a year, it is the largest wildlife rescue in the north of Scotland.