Police, fire and ambulance crews remain at the scene of the two-car crash on the A93, near Aboyne. 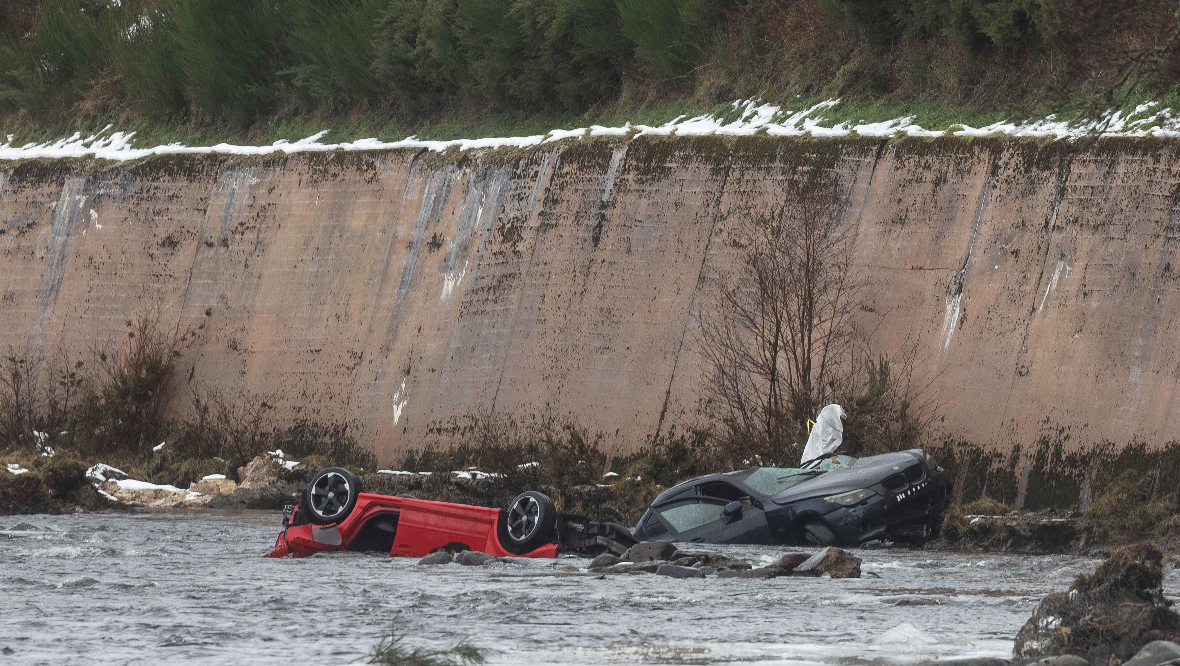 A teenager is dead after two cars plunged into a river following a crash in Aberdeenshire.

Police fire, and ambulance crews were called to the A93, near Aboyne, after an Audi and BMW crashed into the River Dee at around 8.05am.

A coastguard helicopter was also deployed to the scene.

A 19-year-old man, the driver of the Audi, was pronounced dead at the scene.

Another 19-year-old, the driver of the BMW, was taken to Raigmore Hospital. His current condition is stable.

An appeal for witnesses has now been launched as police begin an investigation into the crash.

Sergeant Eoin Maxwell from the Divisional Road Policing Unit said: “Our thoughts are with the family and friends of the man who died.

“Our investigation is at an early stage and we would appeal to anyone who witnessed the crash, who has not yet spoken to police, to contact us. We are also keen to obtain any dashcam from motorists driving on the road around the time of the crash.

“We would like to thank the members of the public who assisted at the scene of the crash this morning.

“Anyone with information should contact officers through 101 with reference 0568 of December 19.”