Emergency services were called to the scene near Portgower, Sutherland, at around 12.30pm on Saturday. 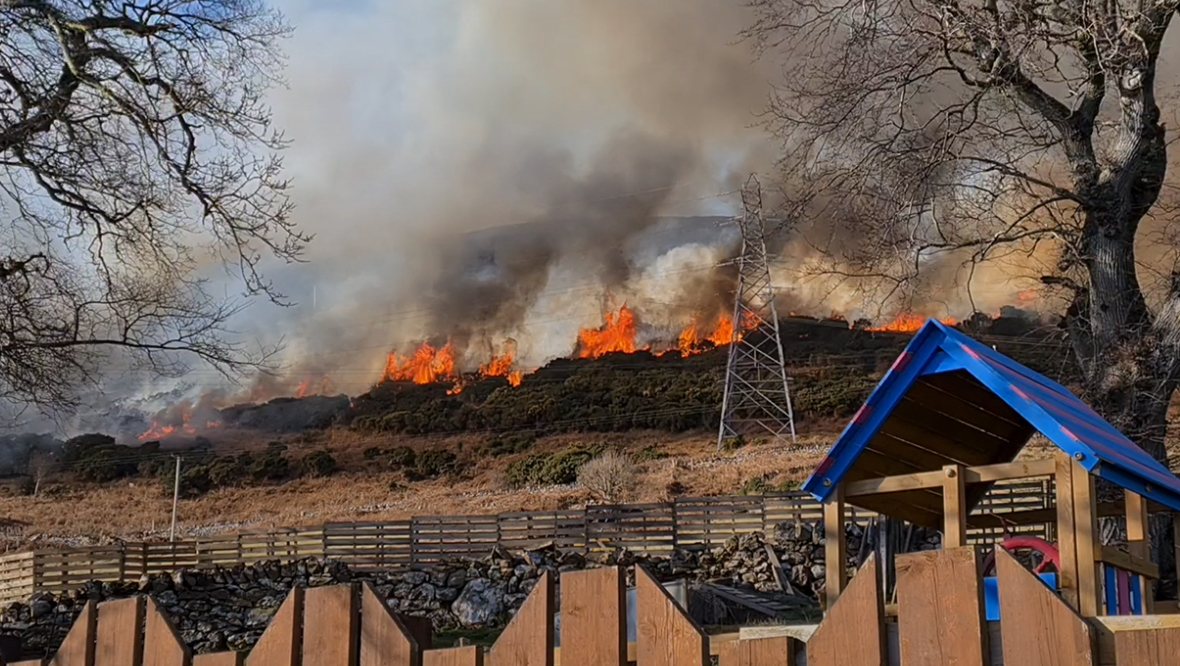 A large fire spread uncontrollably across a hillside by a Highland village.

Smoke billowed from the burning countryside a few hundred yards away from Portgower, Sutherland.

Emergency services were called to the scene at around 12.30pm on Saturday.

Police officers assisted with traffic management on the A9, which runs through the village, while firefighters tackled the flames.

An eyewitness told STV News: “Thankfully the wind was blowing in a northerly direction so the flames were being kept away from the village.”

A Police Scotland spokesperson said: “Police received a call around 12:30pm yesterday to a report of a fire in Portgower Village Road.