Wildcats paired up as part of breeding-for-release project

A number of the animals within Highland Wildlife Park’s Saving Wildcats centre are said to have paired and settled. 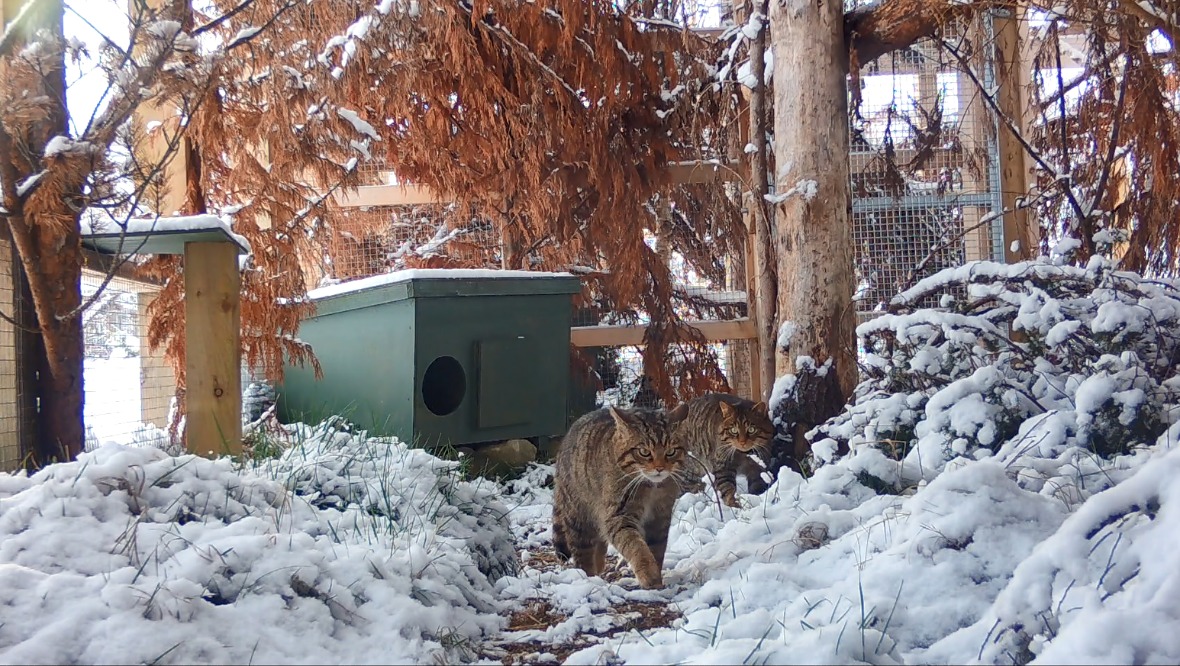 Sixteen wildcats are being paired up as part of a breeding-for-release conservation project.

A number of the animals within Highland Wildlife Park’s Saving Wildcats centre are said to have paired and settled, with bosses seeing “really encouraging mating behaviours”.

The European partnership project is working to restore Scotland’s critically endangered wildcat population by breeding and releasing them into the wild.

Fruin and Beanie, Droma and Arran, Cranachan and Margaret, Embo and Torr, Nell and Con, Tulla and Ordie, Oscar and Caol Ila, and Rannoch and Fearn have each been paired up.

Kittens from this season, which could be born as early as spring, will be among the first to be released in 2023.

David Barclay, Saving Wildcats conservation manager, said: “It is fantastic to be getting ready for our first breeding season in the centre, just in time for Valentine’s Day.

“Our expert keepers have done an amazing job at preparing our enclosures and introducing the cats, giving them the best chance at breeding success.”

The six-year project is supported by £3.2m of EU funding and co-funded by NatureScot, the Scottish Government’s zoo and aquarium conservation fund, and a wide variety of other partners.

Mr Barclay added: “Wildcats are Scotland’s most iconic animal but also one of our most endangered. Without future releases, the wildcat’s days in Scotland are numbered.

“Once widespread in Britain, habitat loss, hunting and inter-breeding with domestic cats have all taken their toll, leaving this incredible species on the verge of extinction.

“We are hopeful that kittens born around April to May will be among the first released into carefully selected locations in the Cairngorms.

“The Saving Wildcats partnership project is the last hope for this species in Scotland.”