Environmental project using shellfish to filter pollution from the waters near Glenmorangie distillery in Tain. 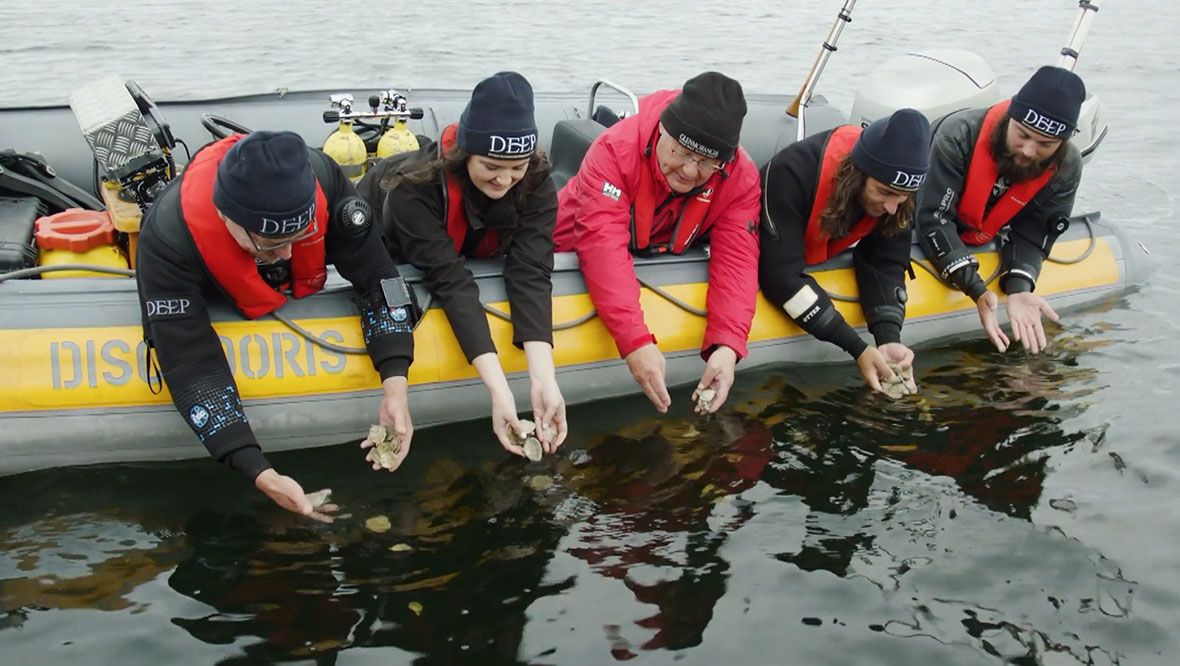 Oysters are usually paired with champagne but a major environmental project in the Dornoch Firth is matching the molluscs with the water of life.

The Dornoch Environmental Enhancement Project is using the shellfish to filter pollution from the waters just offshore from the Glenmorangie distillery.

It is part of a programme being run by the distillery in partnership with scientists from Heriot-Watt University.

Some 300 oysters were initially rehomed here when the project started in 2017. Now a milestone of 20,000 oysters has been reached, with plans to eventually site four million of the molluscs here.

Initial research found that oysters had been in the Firth for around 8000 years before they were fished to extinction in the last century. Now it’s hoped they will play a key environmental role, both filtering and purifying water, as well as storing carbon.

Hamish Torrie, director of corporate social responsibility for The Glenmorangie Company said: “The waste from the distillery goes into the sea and in 2017 we introduced an anaerobic digestion plant, which purifies the waste out of the distillery.

“It’s all organic and 95% of the job is done by that but we thought, well what about the other 5% of purification and water quality enhancement? And in some crazy moment we hit on the idea of oysters because they really filter water; one oyster can filter up to 200 litres of water a day.”

The oysters will be spared the fate of ending up on diners plates as they are in a protected site and it is illegal to remove them.

Professor Bill Sanderson from Heriot Watt University said: “They filter the water – not to put too fine a point on it but when they have finished with those particles they poop it out into the seabed and our work is showing that there’s a trebling of the amount of carbon going onto the seabed through that process.

“Then they lock that away within the shell material that they build up over time. The shell itself is calcium carbonate so there’s a carbon store that forms around these habitat types.”

The Dornoch Environmental Enhancement Project is now being watched closely by the scientific community to see if these tiny creatures could make a big difference to climate change elsewhere in Europe.