Tigers snuggle up for first time at Highland Wildlife Park

Botzman and Dominika have been caught playing together on camera for the first time since meeting in November. 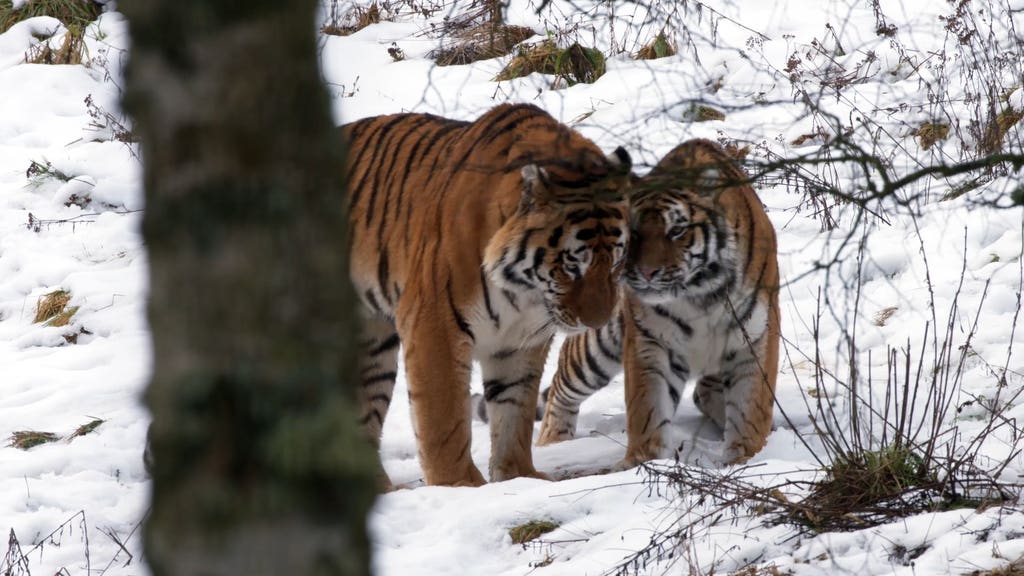 Love is in the air at a wildlife park in the Highlands where two tigers were spotted snuggling up and rolling around in the snow together.

The Amur tigers Botzman and Dominika were first introduced in November, and now they have been caught playing together on camera for the first time.

The Royal Zoological Society of Scotland identified “important behavioural cues” that the pair were interested in each other, including calling, scent marking and Dominika rolling on her back.

Previously known as Siberian tigers, Amurs are seriously endangered with only 500 left in the wild.

The last of their kind long disappeared from Siberia and the remaining few live in isolated groups along the Amur river valley in far east Russia and on China’s north east border.

Botzman arrived at the Highland Wildlife Park in the Cairngorms in October, 2020, and park staff are hopeful they will see cubs soon.

Video from the park shows Dominika rolling around in the snow, suggesting she is into Botzman who she will spend the days with while she is in season.

Amur tigers’ gestation lasts three months, so the big cats could be expanding their household this spring.

The park is currently closed to the public due to coronavirus restrictions.