Thousands of midges swarm outside window in skin-crawling video

Iain Martainn spotted the tiny insects outside his home in Stornoway. 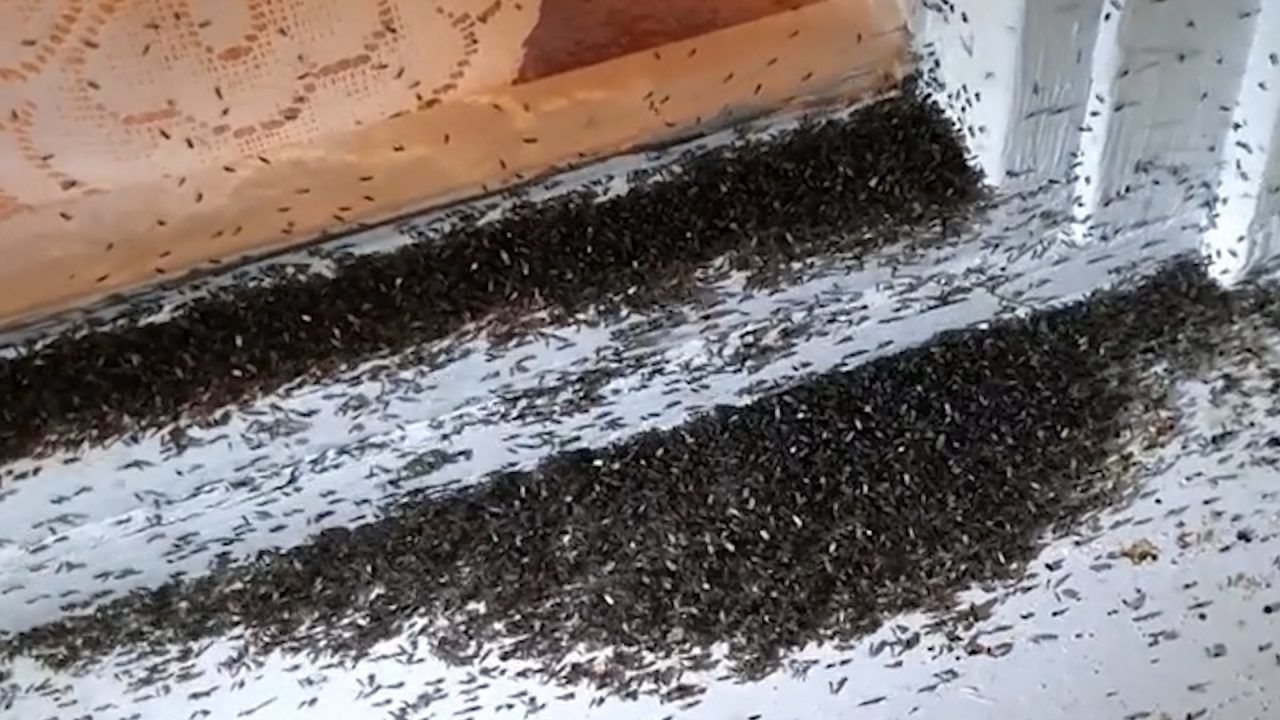 A man has filmed the skin-crawling moment thousands of midges swarmed outside his window in Stornoway.

Iain Martainn, a weaver and crofter at Seaforth Harris Tweed in Airidh a Bhruaich, was on his way home from his weaving shed when he saw the plaque of midges on the windowsill of the old croft house where he lives.

Iain told STV News: “The midges are typically at their worst here at this time of year, but it has been a long time since I’ve seen them so severe.”

Iain posted the video on his Facebook page where he said: “On my way over to the house and this catches my eye.

“People were saying the midges weren’t too bad this year, but they are more than making up for it now.”

Teàrlach Wilson commented on his post: “Get out the blowtorch and blast them to hell.

“If the house burns down, oh well, that is a small price to pay to get rid of that horror film waiting to happen.”

And Rosie Monaghan added: “I haven’t stopped itching since seeing this.”