The annual festival sees people dressed as Vikings recreate the islands' ancient past. 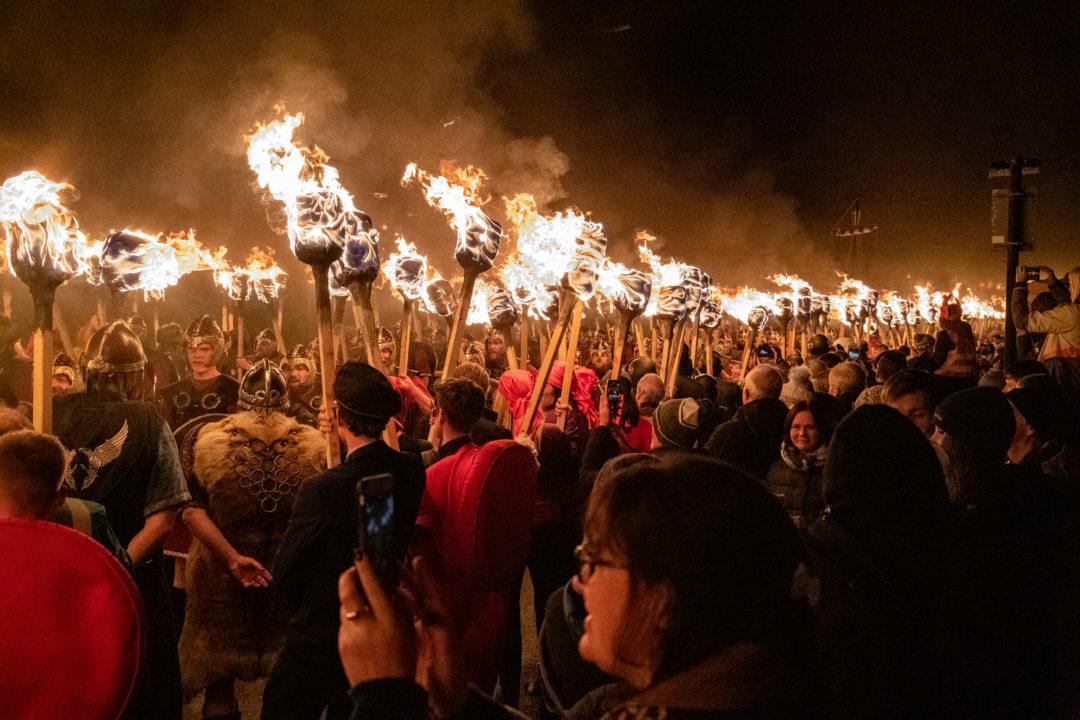 Thousands of people gathered in Shetland for the Up Helly Aa fire festival as the islands recreated their ancient Viking past.

Visitors from all around the globe descended on Lerwick for the event, which takes place on the last Tuesday of every January.

People dressed as Vikings marched through the streets of the town to recreate its ancient Viking past, in a tradition dating back to the 19th century.

The walk was led by the Guizer Jarl, or chief guizer, and culminated in a torch-lit procession and a replica longboat being set alight.

Volunteers were responsible for the building of the galley boat and the production of more than 1000 torches.

Those taking part in the festival spent the night visiting a host of celebrations in halls around the town.

Up Helly Aa is a descendent of the ancient festival of Yule which the Vikings held to celebrate the rebirth of the sun after a long winter.

It stems from the 1870s when a group of young local men wanted to put new ideas into Shetland’s Christmas celebrations.

Countless volunteers contribute many hours to the community event each winter and then towards organising and planning the following year’s festival.

The Guizer Jarl and his squad begin their preparations in February and hours of work go into the design and production of their outfits.