People gathered to watch the 'goddess of the sea' as part of the Nairn Book and Arts Festival. 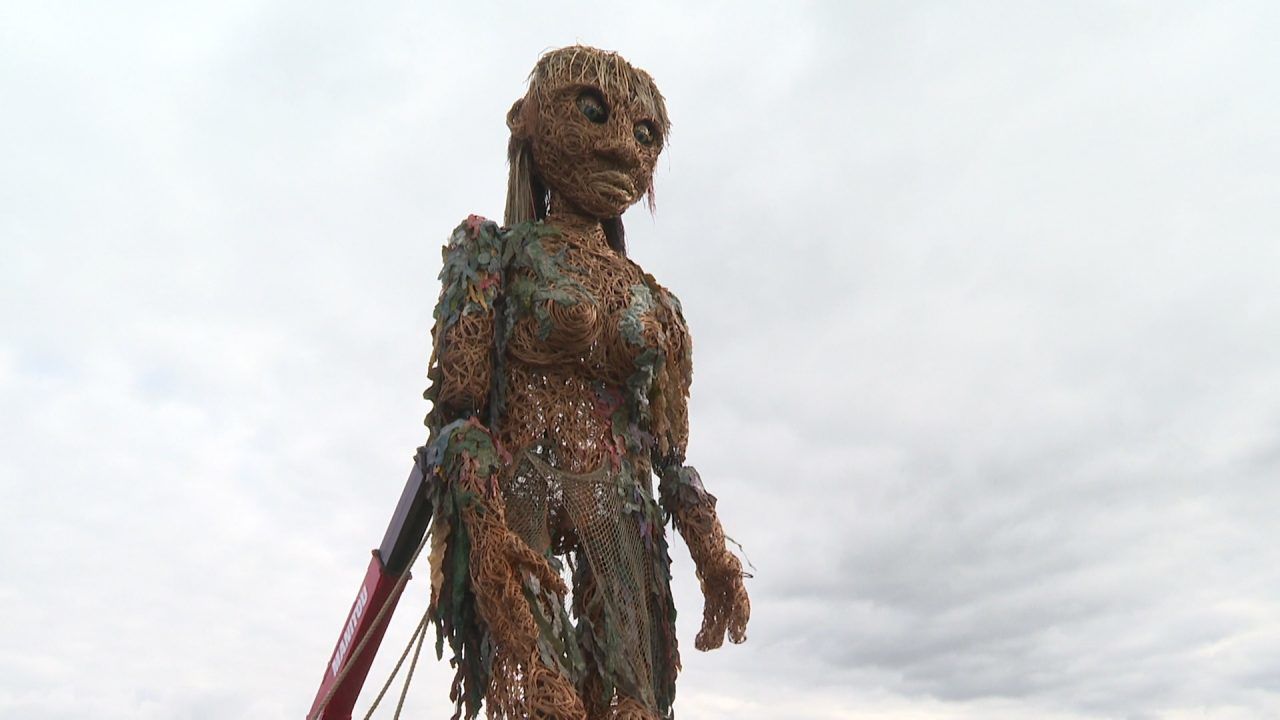 A giant puppet named Storm wowed onlookers as it made its way around the seaside town of Nairn.

The ten-metre-tall “goddess of the sea” was designed as a creative way to encourage people to think about climate change and specifically the state of the planet’s oceans.

Made completely from recycled materials including willow and recycled aluminium, her creators say Storm’s “eyes are the colour of oyster shells, her hair thick strands of kelp and her voice the chorus of the waves”.

Towering over many houses on Sunday, she was helped on her journey via a moving crane, and controlled by ten puppeteers, clad in bright yellow Sou’wester hats and waterproofs in keeping with the aquatic theme.

Storm was in the Highlands as part of the Nairn Book and Arts Festival, with this year’s theme appropriately named ‘Close to Nature’s Heart’.

Festival Chair Alex Williamson says: “Here in Nairn we are close to nature’s heart and we want people to think about the impact of human behaviour on our oceans.”

“That’s exactly what Storm is about, she’s here to tell the story of our oceans and get people to think about the environmental issues that we face today.”

Children were encouraged to get up close with the huge creation during pauses in the performance, made by Edinburgh-based Vision Mechanics. It was the latest stop for Storm, who has been touring Scotland.

Designer and Maker Kim Bergsagel says “I wanted her to have attitude. Some people say she looks a bit scary, I don’t think she is, but she isn’t coming out benignly saying ‘how lovely to see you.’

“She is very happy to be here, but she wants us to get on with doing something about the planet. So that’s what I wanted to come across.”

“There’s been a lot of work before all these visits to impart the message about climate change so I hope that it makes a difference.”

Storm continues on her journey until November – spreading her environmental message to others across Scotland.