Tall ship given warm welcome ahead of world expedition

Statsraad Lehmkuhl was met by a flotilla of small boats as it sailed into Lerwick Harbour on Friday night. 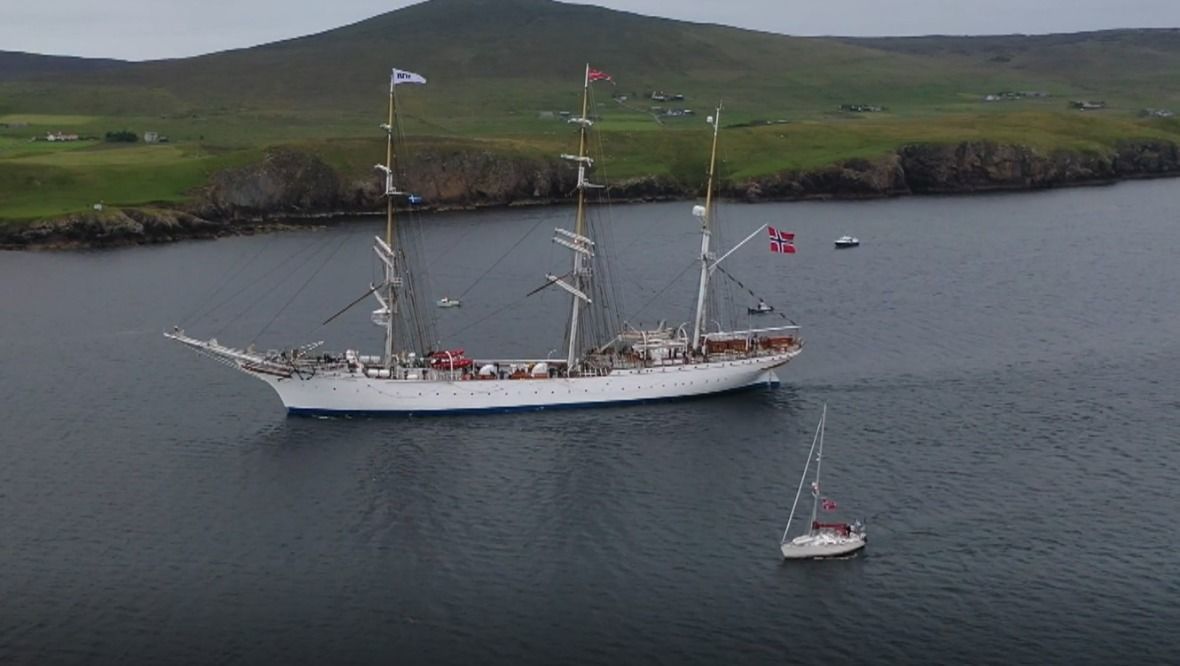 A 107-year-old tall ship was warmly welcomed to Shetland ahead of its upcoming expedition around the world.

Statsraad Lehmkuhl, a Norwegian three-masted barque rigged training vessel, was met by a flotilla of small boats as it sailed into Lerwick Harbour on Friday night.

A group of well-wishers, a jarl squad and musicians also celebrated the ship’s arrival at the pier.

The welcoming was streamed online and broadcast on Norwegian TV.

The Statsraad Lehmkuhl is now on its way back home after leaving Scottish waters on Saturday.

On August 20, the vessel will set sail on a circumnavigation of the world that is expected to last until April 2023.

The One Ocean Expedition will cover 55,000 nautical miles and visit 36 different ports.

It is part of the United Nations Decade of Ocean Science for Sustainable Development project, which aims to create attention and share knowledge about the crucial role of the ocean in sustainable global development.

The ship, which is equipped with modern technology, will collect high-quality data of ocean physics, chemistry and biology continuously throughout its voyage.