Tom Stoltman will be challenging for honours at the Arnold Strongman Classic. 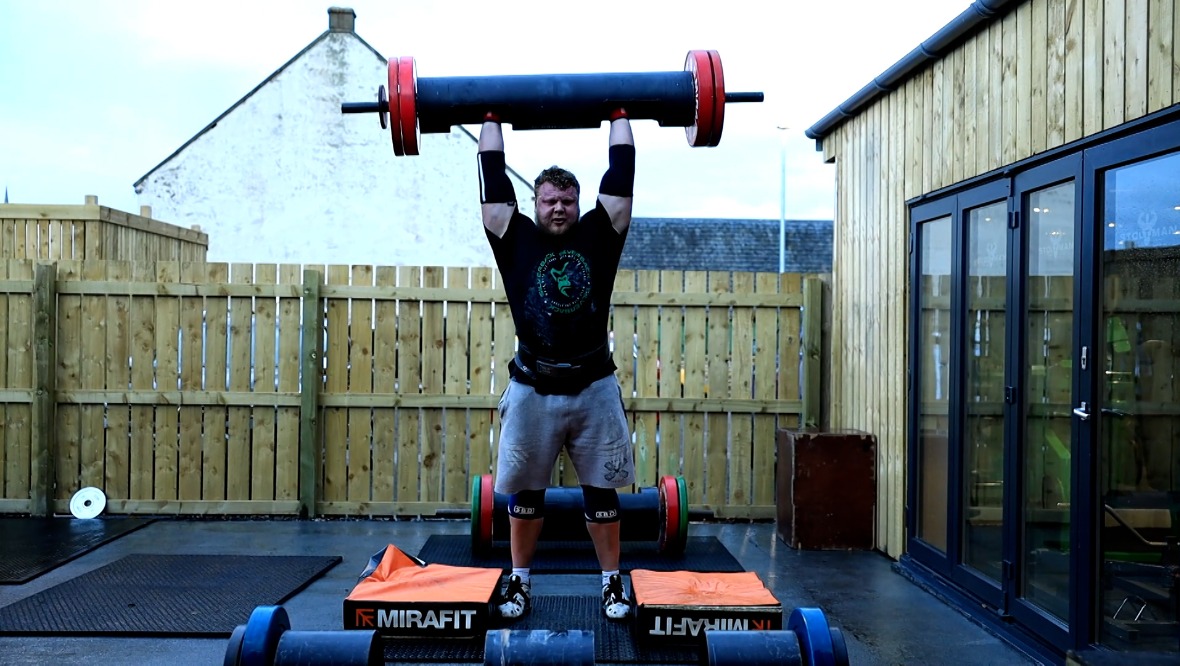 Half of a Highland double act hopes to become the new Arnold Schwarzenegger.

Tom Stoltman from Invergordon was runner-up in this year’s world’s strongest man competition.

He is now in training to compete at Arnie’s own competition – and has his sights set on Hollywood.

The 26-year-old has just returned from Florida, where he finished runner-up in the world competition. But the first Scotsman on the podium “will be back”, as they say.

In Ohio, next March, he will be among the world’s top ten, challenging for honours at the Arnold Strongman Classic, which was named after the bodybuilding icon and movie star.

Tom said: “Arnold Schwarzenegger is anyone’s inspiration, from the movies through to strongman, strength sport, through bodybuilding and what he’s done for strength.

“He’s got his own show out in America and I’m lucky enough to be going to that next year as well.

“That’s one guy I want to meet, for me and [brother and fellow strongman] Luke. Even to get a whisky with him would be unbelievable but he’s a big inspiration to us.”

‘That’s one guy I want to meet. Even to get a whisky with him would be unbelievable but he’s a big inspiration to us.’

He said, if fortunate enough to meet his hero, he would seek some tips on how to get into a film career.

“If I got into acting, it’d be really good. I mean, you know, I’m 6ft 8in tall and a big guy, and I think following in his footsteps and being the next Terminator would be quite cool, so let’s see what happens after Strongman,” Tom said.

Nicknamed ‘Albatross’, due to his huge arm-span, Tom found inner strength in the gym to help him tackle severe autism.

He’s been Scotland’s strongest man for two years. His older brother Luke, who gave him his initial gym training, held the title for the previous five years.

Luke, 35, said: “There’s rivalry in strongman, in that I want to beat every competitor there but when Tom does really well in a competition, like he’s just done, I’m just so proud of him.

“I’m in tears most of the time when I’m watching Tom compete just because I’m so proud. I’m quite an emotional person, a king of heart on my sleeve kind of guy.”

Tom’s latest success will be televised over the festive period.

The 28-stone former security guard was narrowly pipped to top spot at the world event by Ukrainian Oleksii Novikov. He is confident of going one better next year.