Street locked down after tanker hits car and crashes into building

Emergency services were called to Beauly’s High Street shortly before 1pm on Thursday. 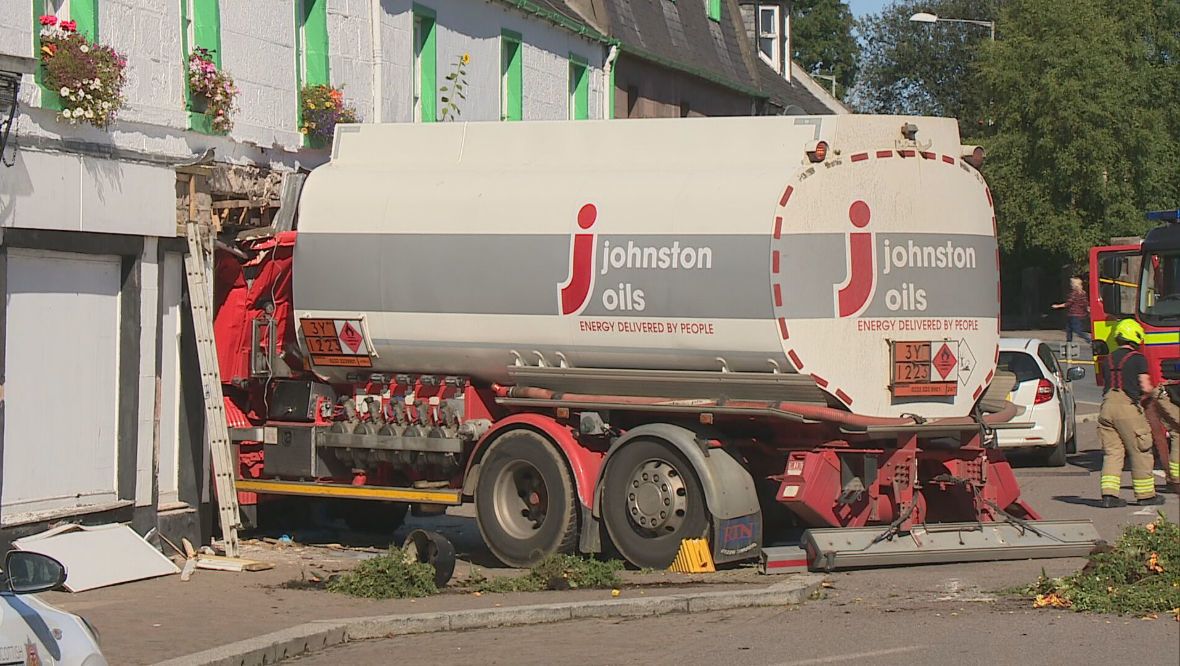 A Highland street has been locked down after a tanker struck a car and crashed into a building.

Emergency services were called to Beauly’s High Street shortly before 1pm on Thursday.

The Scottish Fire and Rescue Service (SFRS) mobilised three appliances and specialist resources to the scene.

One casualty freed themselves from the vehicle, while another was removed and handed into the care of the Scottish Ambulance Service.

A SFRS spokesperson said: “Crews are currently still at the scene.”

A Police Scotland spokesperson said: “Around 12.45pm on Thursday, September 16, we received a report of a crash on High Street in Beauly involving a lorry which has struck a car and a building.

“Emergency services are in attendance and the road has been closed.”