Energy distributor SSEN say the electricity outages may not be fully restored for days and described conditions as 'extremely challenging'. 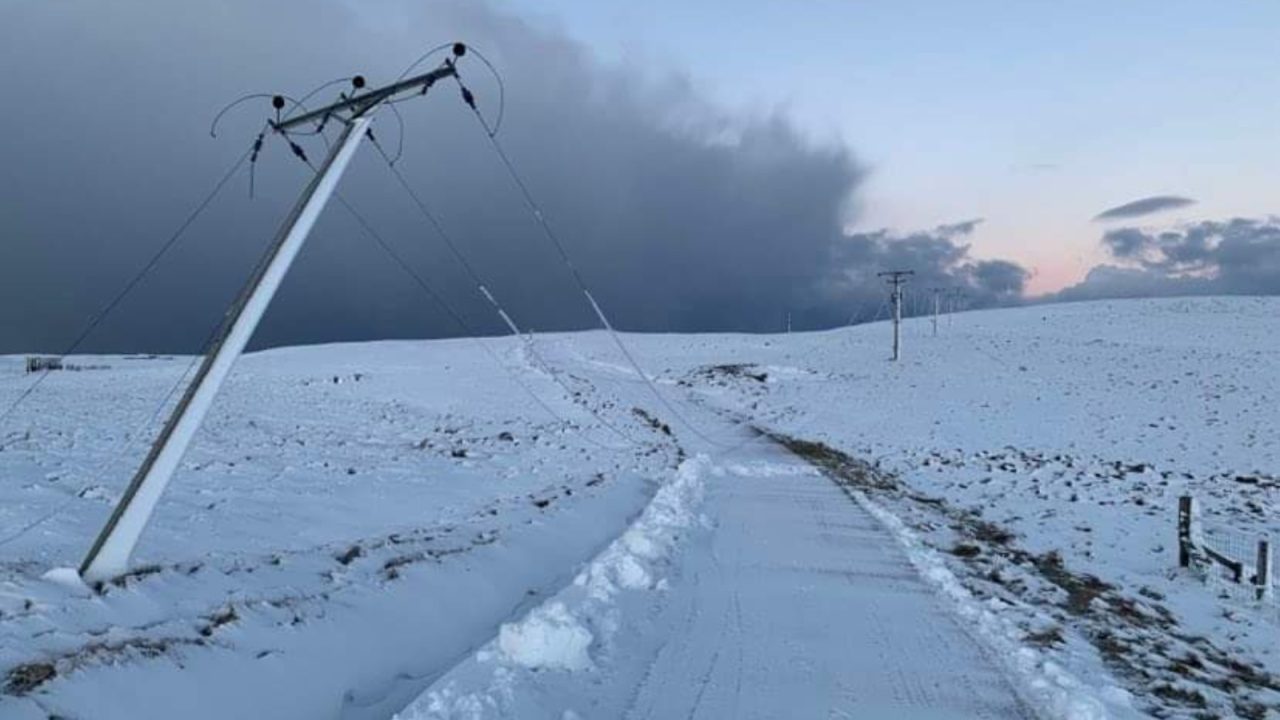 Severe snowfall in Shetland has been described as the “worst in 20 years” as 3,800 homes remain without power amid warnings repairs may take until the end of the week.

The islands first experienced a power cut shortly before 3pm on Monday and, while engineers have been working to restore the lines, residents are still without power more than 21 hours later.

Teams from Scottish and Southern Electricity Networks (SSEN) Distribution returned out in the early hours of Tuesday morning.

Power was successfully restored to 2,500 properties with 3,800 homes still currently off supply in Voe, Whalsay, Brae, Tumblin, Yell and Unst.

It comes as a new low has set 2022’s coldest night of the year in Scotland, with -17.3C recorded in Braemar, Aberdeenshire.

A yellow weather warning from the Met Office has now been extended until Friday, the longest alert on record. It covers the Shetland Islands, Orkney, the north of Scotland, the Western Isles and much of the east coast.

SSEN said teams are experiencing “extremely challenging” conditions with additional teams unable to travel to assist as a result of the weather.

It is believed power will be restored on Yell and Unst later on Tuesday through a repair of the main network, however full restoration could take until the end of the week.

Energy providers said they are working with local resilience teams to identify those most in need of help.

The majority of the faults are said to be a result of “line icing” which SSEN say is a rare occurrence in which snow and ice sticks to overhead power lines and accumulates, adding significant weight to the lines and causing them to break.

The problem has caused multiple points of damage on Shetland’s overhead line network.

The weather is causing widespread disruption with all schools closed on Tuesday, apart from Fair Isle Primary.

Mark Macdonald, head of region at SSEN Distribution, said: “Following the impact of significant snowfall and extreme weather conditions in Shetland over the past 24 hours, our engineers have been out since first light this morning to continue restoration efforts. Access issues, complex repairs and ongoing adverse weather have resulted in significantly challenging conditions for our local teams.

“We’ve seen extensive damage to the overhead power lines connecting homes and businesses, including multiple points of damage caused by snow and ice accretion which was not forecast. Our local teams have described the conditions as the worst they’ve seen in over 20 years.

“We’re moving engineers from the mainland to Shetland to assist with restoration efforts and have multiple teams ready to travel, pending improvements in the current travel situation. We’re also working with resilience partners to look at all alternative travel options.

“I’d like to reassure our customers we’re doing everything we can to restore power as quickly as possible and would encourage anyone who may be in a vulnerable situation to contact us on the power cut helpline, 105.”

The distribution company say they will provide further update at 5.30pm on Tuesday.

Police have also issued safety warnings as homes affected may not be able to dial 999, but mobile phones should still work.

Inspector Sam Greshon said: “With adverse weather expected to continue today consider travelling only if you have to. Leave extra time for essential journeys and take warm clothes, food and water in case of any delays. Take a mobile phone with you and check it is fully charged.”