Thousands of homes facing days without power amid severe snowfall

An additional 70 engineers have been dispatched to the islands overnight in an effort to aid in the restoration of supplies. 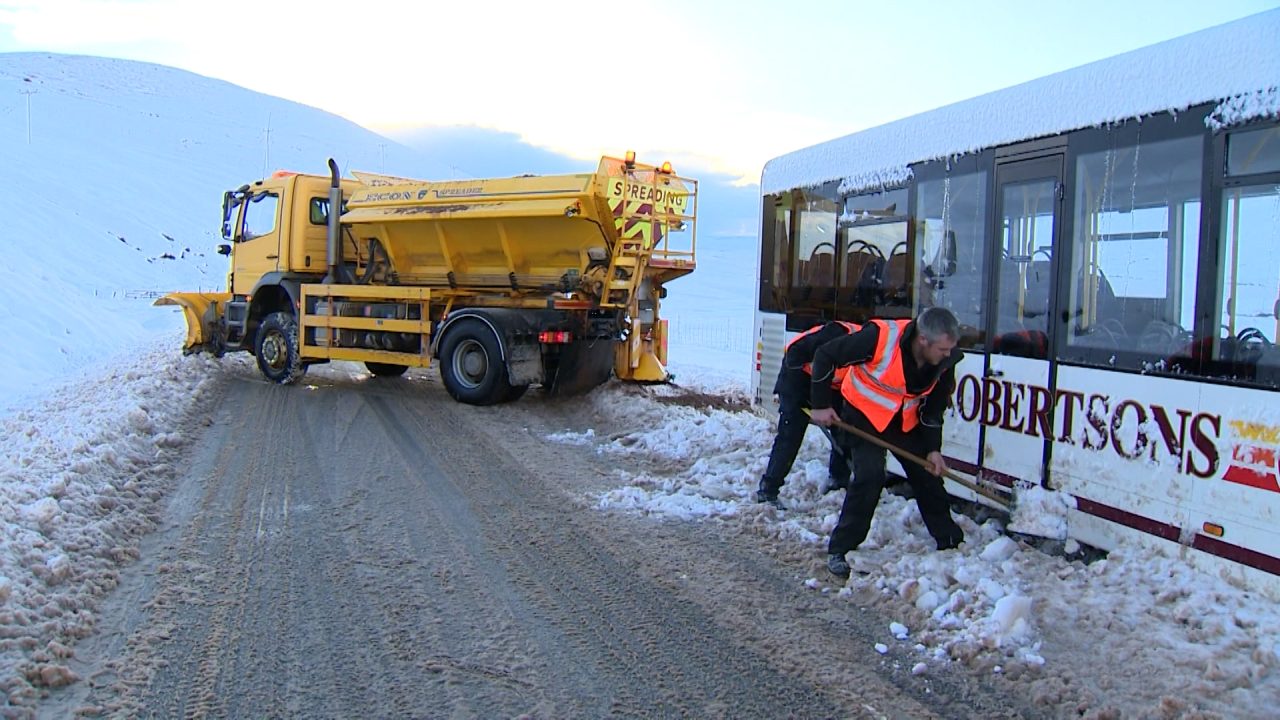 A major incident has been declared on Shetland after the Scottish Government warned thousands of homes would be without power “for days” after severe snowfall damaged energy supplies.

As many as 2,800 homes in Voe, Whalsay, Brae, Tumblin, Yell and Unst are without access to electricity as temperatures are set to plummet below -15C overnight.

Teams from Scottish and Southern Electricity Networks (SSEN) Distribution have been working to restore power since Monday, while 70 additional engineers are expected to arrive on Wednesday morning in an effort to speed up the process.

Around 1,000 homes had been reconnected as of 5.30pm on Tuesday, the energy firm confirmed.

However, the Scottish Government’s lead minister for resilience, Keith Brown, warned locals it may be several days before the grid is back online, confirming the outage had now been declared a major incident.

It comes after a meeting of the Scottish Government Resilience Room (SGoRR) on Tuesday afternoon.

Temperatures of -17.3C were recorded in Braemar, Aberdeenshire on Tuesday evening – a low for 2022.

A yellow weather warning for snow and ice has now been extended across the country until 12pm on Friday.

Brown said: “The challenging circumstances facing parts of Shetland have been declared a major incident and, while SSEN is making every effort to restore supplies, it is clear that many properties will face days without power.

We expect more SSEN engineers will arrive early tomorrow morning and will continue to do what we can to get as many staff and as much equipment to Shetland as needed, as early as possible.

“Our utmost priority must be to ensure that people, especially the most vulnerable, are safe and warm. SSEN have contacted all priority customers and Shetland Islands Council has identified vulnerable people who may need extra support. It is also considering how buildings such as community centres could be used to provide respite centres if needed.”

He added: “I would urge people to heed the Police Scotland advice to stay at home, find ways to stay warm, check in on neighbours, friends and family, and listen to the local radio or follow social media for updates.”

The Lavender family had just returned home from Aberdeen with eight-day-old Lottie when the power went out and have been forced to turn to alternative methods to keep the cold out.

“We have a peat burning stove, so that keeps in the warmth,” said new dad Stuart.

“It looks like we might be in this situation for a few days, we’ll need to wait and see.”

The majority of schools on Shetland have been closed, and police are warning people to avoid travelling unless it’s absolutely necessary.

Coastguard teams were called out to help after dozens of cars on the island got stuck on a hill near Tresta, while those travelling on public transport were forced to abandon buses in the middle of the road when conditions became too difficult to pass.

Relief teams arrived to dig out the vehicles on Tuesday afternoon.

“It was a good, fun day with the snow and ice conditions, we just couldn’t get the traction,” said James Henderson.

“We had to leave them where they were, but we got everyone home in smaller vehicles. Everyone is safe and sound, that’s the main thing.”

Sumburgh Airport, which had closed amid the conditions, has now reopened.

It is hoped some of the engineers can be flown in tomorrow morning to try and restore power by the weekend.

“Our teams continue to battle ongoing challenging conditions and extensive damage to our network to restore power to customers, with around 1,000 properties successfully reconnected throughout the course of today,” he added.

“We’d like to thank our customers for their patience as we mobilise additional support from the mainland to assist with the restoration effort, with a 70-strong team on its way to Shetland now travel constraints have eased. We’d like to thank NorthLink Ferries and Loganair for their ongoing support in getting our engineers to the islands as quickly as possible.

“I’d like to reassure customers we’re working to restore supplies as quickly as possible, liaising closely with our resilience partners to support the joint welfare effort. If anyone has any concerns for themselves or others, particularly family members of neighbours who may need extra support, I’d encourage them to give our teams a call on 105.”

Murder accused was ‘apocalyptically angry’ when he killed woman