The seal washed up on the shoreline at Wester Quarff in Shetland on Tuesday. 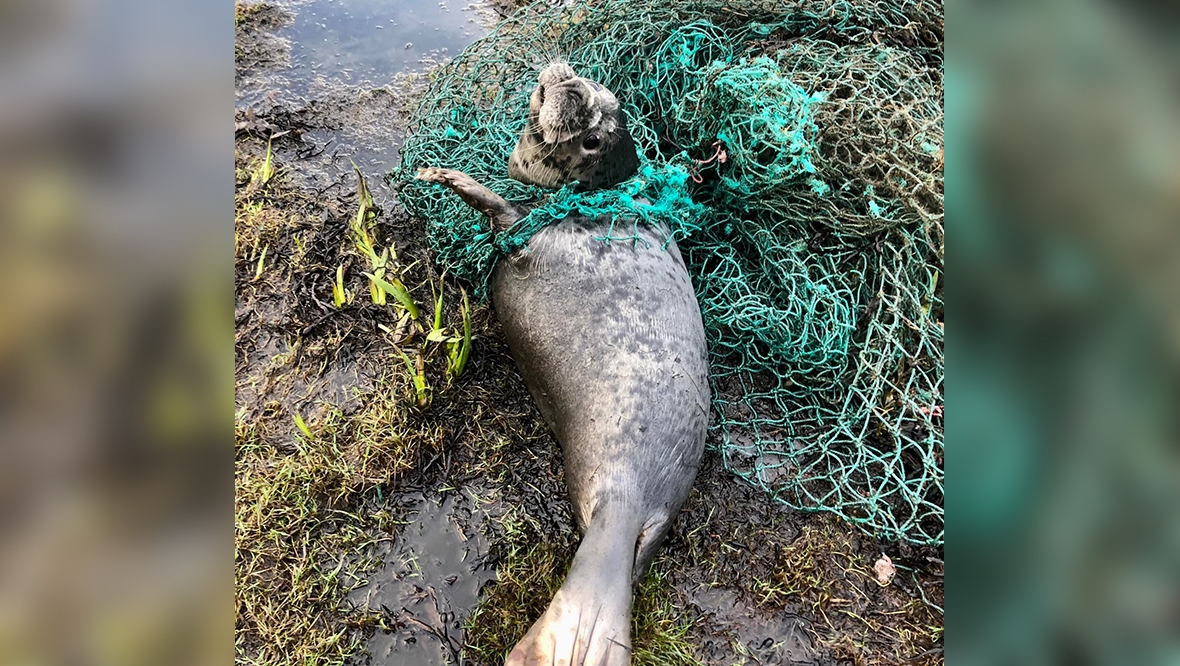 A young seal was cut free from a ‘floating death trap’ of discarded fishing net.

The little marine mammal was rescued by locals after washing up on the shoreline at Wester Quarff in Shetland on Tuesday.

Bronagh Goodlad, whose dog Pudding ‘sniffed out’ the seal during a walk, called Ailish Parham for back-up after being unable to cut it free herself.

The charity mobilised Lerwick port controller Ryan Leith, who held the seal’s head – and teeth – in a towel while Sara Leith removed the remaining net.

Fortunately, the net had not cut through the seal’s skin but had rubbed away some of the fur around its neck.

The seal then made its way back to sea.

“Far too many of our marine creatures are never able to free themselves from these floating death traps and suffer terribly.

“All the more reason for us all to focus our minds on keeping our shoreline as clear as possible of debris whenever we come across it.

“A huge thankyou to Ailish and Ryan for saving this young seal’s life.”