Sarah Kelly filmed the marine creature off the coast of Arran after paddling out to meet it. 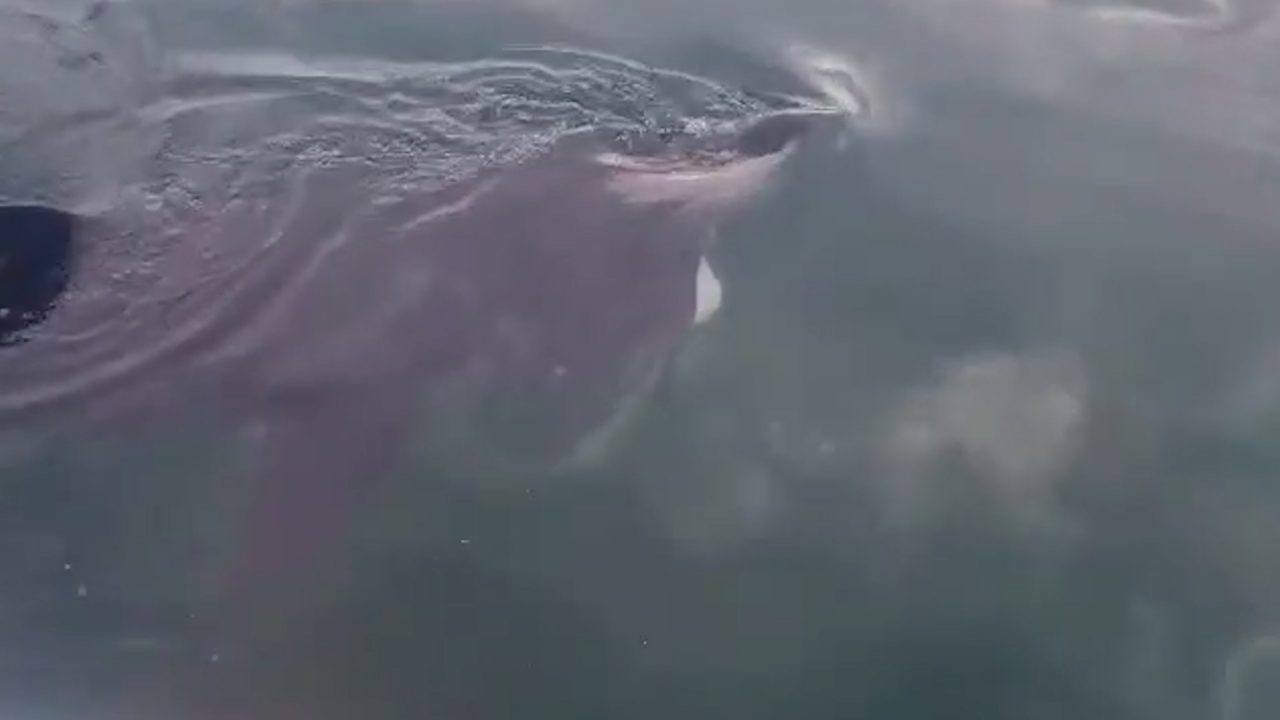 A paddleboarder has captured a close encounter with a basking shark off the coast of a Scottish island.

Sarah Kelly watched with her seven-year-old son as the marine giant passed underneath her board near Whiting Bay off Arran on Monday evening.

The four-metre long creature, thought to be a juvenile, appeared curious as it swam between Sarah and a group of tourists enjoying the calm waters in kayaks.

It had previously been spotted further up the cost near Lochranza earlier in the day.

Sarah told STV News: “There were quite a few people out on paddle boards and kayaks enjoying the sun but I noticed some were looking at something. I paddled out to them and realised it was a basking shark.

“Apparently it had been swimming leisurely around the bay for a while. My wee boy was initially nervous, but we spent a good 30 minutes just paddling and watching it swim around. It wasn’t bothered by us at all.

“I was absolutely astounded and I’m still buzzing from the experience and so glad I happened to have my phone on me.”

The creatures, the second-largest fish in the world, mainly eat plankton and can grow to lengths of almost ten metres.

They are the biggest fish and one of only a few shark species found in UK waters.