Ullapool Sea Savers bought the £5000 gadget in a bid to protect marine life in the local community. 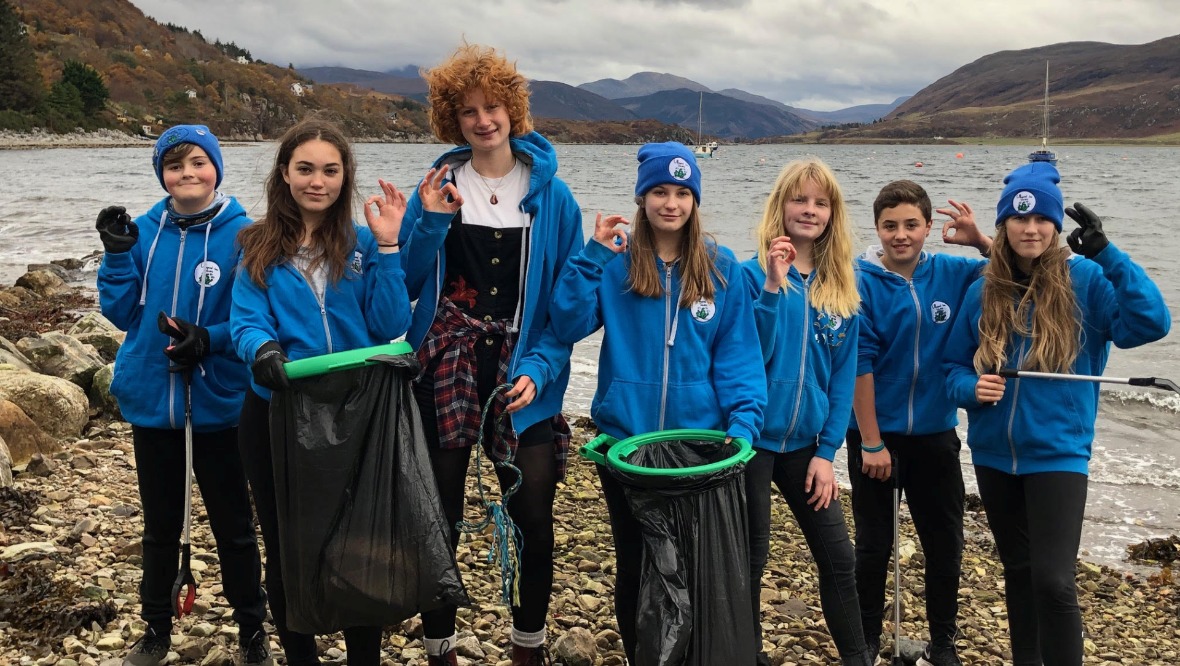 Schoolchildren have bought an underwater drone in a bid to clean up the seabed in the Highlands.

The £5000 gadget was bought by campaigners Ullapool Sea Savers, who are aged between ten and 16 years old.

Footage captured by the remote operated vehicle (ROV) showed tin cans and metal found on the seabed in the coastal village.

Childminder Janis Patterson, 42, helps with admin and makes packed lunches to allow the 13 kids to focus on their campaigning.

Her daughters Caillin, aged 14, and Maia, aged 11, are avidly committed to protecting marine life in the community where they live.

“It has been amazing how fast they are learning, they are chuffed.

“Their motto is ‘people protect what they love and we show people what we love about the sea’.

“Kids want to have fun, we do snorkelling and now we are using the ROV.”

The children have been using a grappling arm on the ROV which they are hoping to use to lift objects off the seabed.

So far, the group have identified tin cans and ghost fishing gear on the seabed.

The ROV was paid for by a donation from someone who was impressed with the work the children have done.

They were inspired after seeing a scientific ROV which was recovered by a fishing boat and got talking to scientists at The Scottish Association for Marine Science in Oban, Argyll and Bute.

Janis hopes the Easter holidays will be a good opportunity for their work to continue, as it is too cold for snorkelling.

As well as her daughters, the other children are Poppy Lewis-Ing and Megan Loftus, both 15, Josh Leon, Hamish Dingwall and Arwen Horsburgh, all aged 13.

Isla Pellant, 14, and Silas Brown, 11, are active in the group along with the youngest members, Callum Leon and Amy Martin, both aged ten.

Janis added: “It has been tough not being able to congregate for them.

“It’s about being on the beach in person.

“They are happy to pair up with the oldest helping the youngest.

“The drone cost just under £5000 and we can use it for carrying out seabed surveys.

“It is by far the most we have spent.

“We were lucky enough to have had a donation.

“This is going to take the group to another level.

“We now hope to be able to share what is under the water and normally not seen with others and to try and clean up some of the litter – either by lifting smaller items or taking a hook and rope down for larger stuff.”