The Northern Diving Group change the White Ensign on the wreck of the Royal Oak every year. 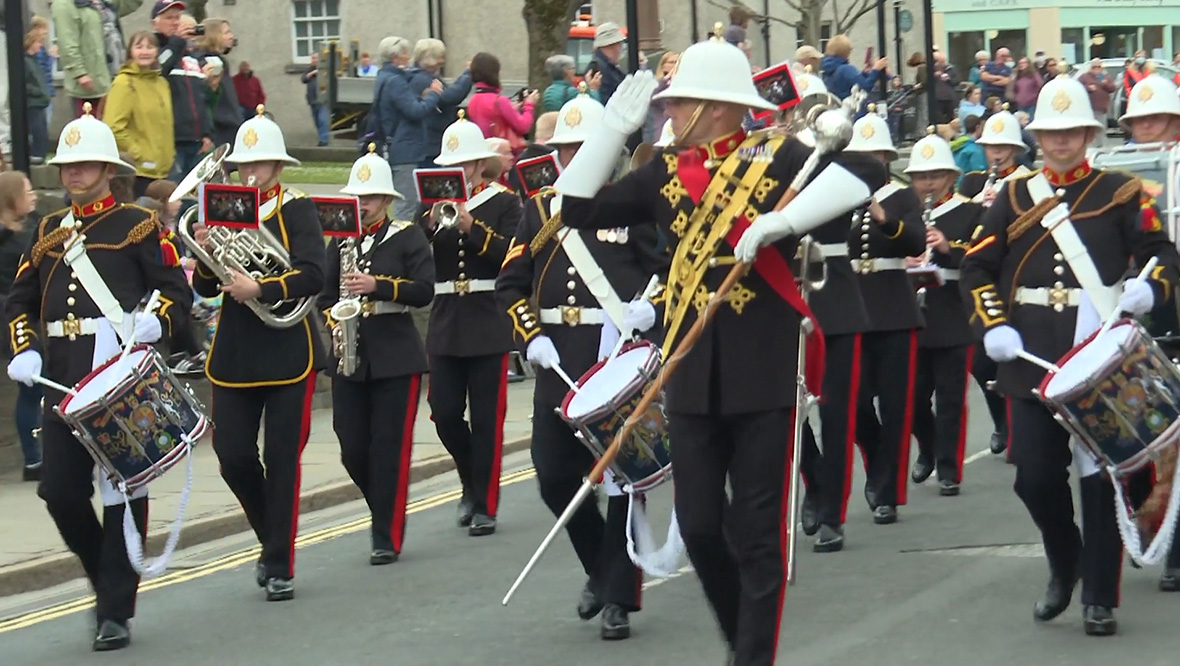 Royal Navy divers have been awarded the Freedom of Orkney in a special ceremony.

Every year, The Northern Diving Group change the White Ensign on the wreck of the Royal Oak.

The battleship was torpedoed while at anchor in Scapa Flow in 1939, with the loss of 835 lives.

When these divers come to Orkney it’s usually to commemorate the lives of their fellow comrades – But today – it was about them.

Crowds lined the roads to catch a glimpse of the Royal Navy Diving group receive the Freedom of Orkney.

HMS Royal Oak was sunk by a German U-Boat in the early weeks of the Second World War.

More than 1200 sailors were on board, 835 of them would go down with their ship.

Its wreck is now a war grave.

In a tradition that spans nearly 40 years – divers go deep below Scapa Flow, replacing the white ensign on the ship’s rusted hull and pay respects to those who died.

Over the years the diving team has also helped to dispose of 145 bombs and mines found around the island’s coastline.

This is the first Freedom of Orkney bestowed in more than 30 years – making sure the sacrifice of more than 800 sailors is never forgotten.