'Bridge to bridge' journey will raise money for charity helping children to walk. 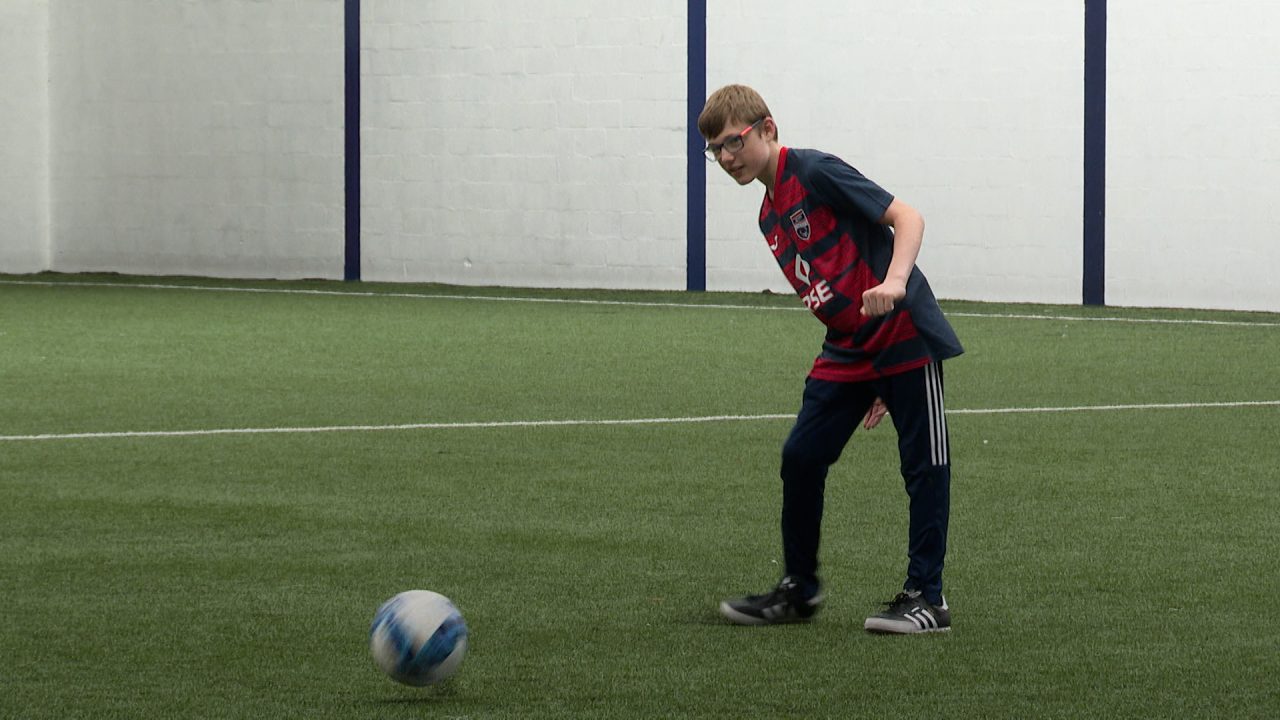 Ross County footballers will join dozens of cyclists in a “bridge to bridge” challenge to raise funds for a children’s charity.

Heather and Kevin Bannerman, from Culbokie, Ross-shire, first decided to take on the 75-mile trek from Skye to Kessock to celebrate their 50th birthdays.

But they also want to raise money for Dream, Believe, Achieve Highland, which has helped their 14-year old son, Liam, who was told he would never walk.

So far, 45 cyclists are signed up, but the pair hope to hit the 100 mark before they get in their saddles and set off on September 24.

They have even persuaded some Ross County players and the club’s chief executive Stevie Ferguson to join them, after they starred in a video to highlight the cause alongside Liam and seven-year-old Jack Stewart, who also benefits from intensive therapies funded by the charity.

The short film shows the boys playing football, something that their parents could only dream of before they were given help to access strenuous exercises.

Award-winning Scottish band Skerryvore also lent their support with the use of their track ‘Take My Hand’ as part of the emotional video.

Heather said: “Liam was told he would never walk, write, talk, sit, and he’s achieved all these things

“Dream, Believe Achieve have funded places for children like our son and many others.”

“We are looking for people to join us for our challenge – it started small, but it’s grown arms and legs.”

Also on the organising team are Skye-based Angus Campbell and keen cyclist and friend Willie Gray of Ark Estates.

His mum Deirdre Mackenzie said: “He has so much confidence and belief, along with active progressive goals and that has made the big differences.

“To see him able to join in with his sister jumping on the trampoline instead of sitting on the sidelines – it’s just brilliant.

“What a different life he has ahead of him now. We wouldn’t be able to fund the therapies if it wasn’t for help from Dream, Believe, Achieve Highland.”

The charity was started by Inverness parents Steph and Kris Douglas, whose son Sam requires therapies for additional support needs that aren’t available on the NHS.

After family and friends decided to raise funds for Sam, the couple decided they wanted to help others to access the same support. So far, more than 100 blocks of therapy have been paid for by the charity.

In the video, Ross County chief Ferguson says: “To hear some of the stories, it’s a charity that really makes a difference so it’s really important that we put some weight behind it and support it in any way we can.”

To get involved with the charity effort, check out its Facebook page.