The launch of a test rocket in the Western Isles didn't quite reach the intended dizzying heights on Thursday. 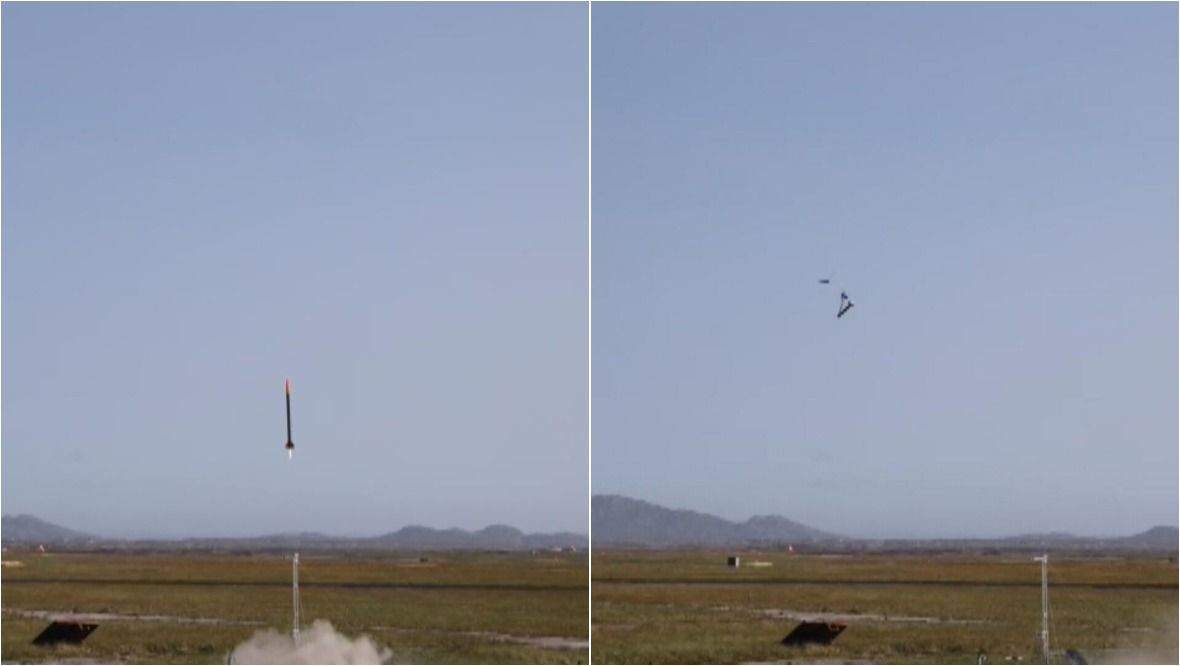 A space rocket has taken off from the Western Isles as the area looks to set out its marker in Scotland’s space race.

However, the blast off didn’t quite go to plan, with the test flight only reaching around a few hundred feet before coming back to earth.

It had been intended to reach around 6000ft before returning.

The rocket is designed to help companies carry out experiments in space.

The flight test vehicle ADA, named after the world’s first computer programmer, 19th century mathematician Ada Lovelace, was launched from a site on the island of Benbecula.

The flight is still being seen as a valuable learning curve for Spaceport 1, the consortium led by Comhairle nan Eilean Siar, the Western Isles Council, which aims to open at Scolpaig, North Uist, in 2022.

From this base, commercial sub-orbital space launches will begin to take place from within the UK.

It comes as the UK Government unveiled a new framework for commercial companies to launch rockets and satellites from the UK.

The legislation helps place Scotland in pole position on a global scale in the growing space sector making spaceport developments and space launches a reality.

As well as the Uist project, plans are also well under way at sites in Sutherland and Shetland. Crofters in Melness in Sutherland aim to develop a satellite launch site at Space Hub Sutherland, which has the backing of the UK Space Agency.

And a test rocket was launched last year in Shetland to test wind profiles and collect meterolological data as part of plans to site a spaceport there.

The Uist plans would create between 50 and 70 jobs.

The Ada rocket aims to make space more accessible by providing reliable and affordable microgravity research and testing services. It’s made by East Anglian firm Gravitilab Aerospace Services and is the company’s first rocket designed to offer this.

In this “microgravity environment,” scientists can conduct experiments that are not possible to perform on earth. A space flight gives scientists the opportunity to study the states of solids, liquids and gases, and the forces and processes that affect them.

Rob Adlard, technical director at Gravitilab Aerospace, said: “This launch is a hugely significant moment for Gravitilab. We have launched rockets before, but ADA is a step change for us as it is the rocket that is going provide a template for a future scaled-up programme that will significantly enhance our space access and microgravity service.

“Our work is offering microgravity as a research tool and testing service, which has not been offered commercially in the UK before. Everything from climate change science and driverless cars need assets in space. Our aim is to be part of this supply chain for small satellites that will transform the UK’s position in the world in the space sector.”

The space sector is big business in Scotland, providing around 7500 jobs already. The UK Space Agency is investing £31.5m to establish space launch services North of the Border.

For Spaceport 1, this offers the opportunity to become a working, viable commercial spaceport, as it looks to complete its site by 2022, with full commercial operations commencing in the same year.

Roddie MacKay, leader of Comhairle nan Eilean Siar, said: “The Spaceport 1 project presents a significant economic opportunity for the Outer Hebrides as it will create new jobs, support diversification within existing sectors and attract academic, research and innovation developments to the area, such as we see happening with this partnership with Gravitilab.”