RMT has launched ‘The People’s CalMac’ campaign in Oban on Friday. 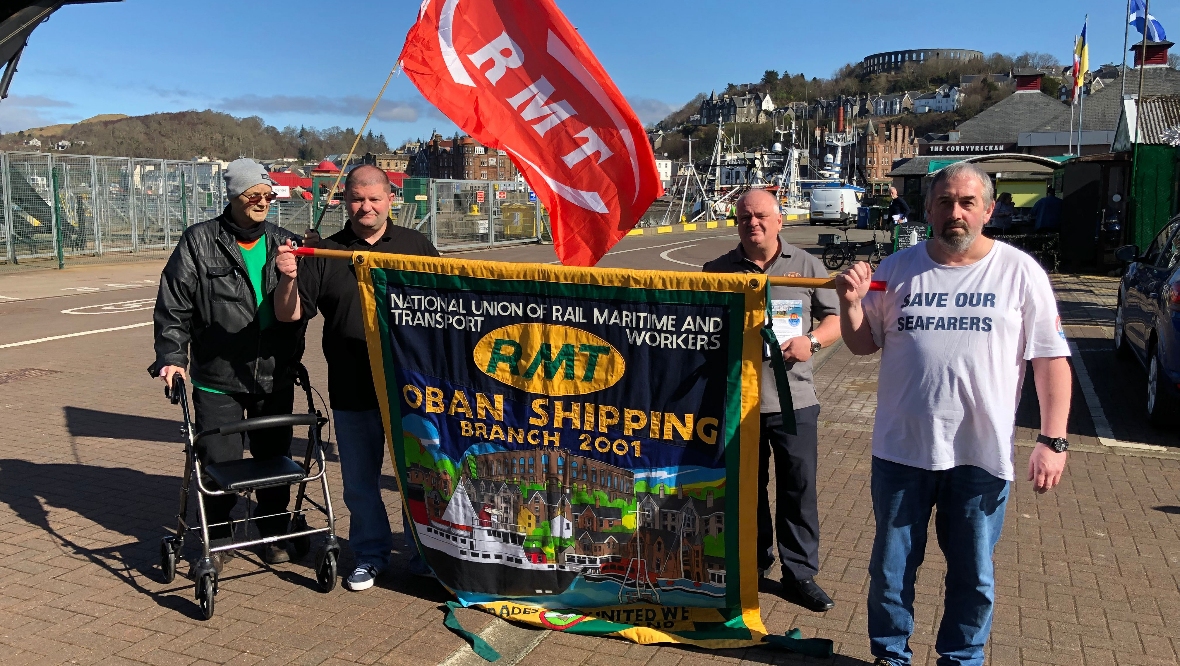 Union leaders have launched a campaign which calls on the Scottish Government to invest in a publicly owned ferry service that delivers more “reliable” service.

The Rail, Maritime and Transport union (RMT) has launched ‘The People’s CalMac’ campaign at Oban Ferry Terminal on Friday.

The campaign is calling an end to privatisation of Scotland’s ferries and for investment in turning ferry operator CalMac into a a publicly operated service that gives “communities and workers a greater say”.

Campaigners are calling on passengers to sign the Union’s petition and write to their local MSP and councillor in support.

The Clyde and Hebrides Ferry Service operated by CalMac expires in September 2024.

“CalMac has a vital role to play in supporting the economic recovery of communities from Covid-19 but it needs sustained public investment to deliver the reliable, affordable and clean services necessary for this.

“That’s why RMT has launched a campaign for a People’s CalMac, starting with a day of action tomorrow in Oban.

“We are calling on the Scottish Government to invest in creating a publicly owned and operated ferry service that delivers reliable, more affordable services and frequent services and which gives communities and workers a greater say in the running of the service.

“The cost of procurement failure, such as those outlined by Audit Scotland yesterday must not deter Ministers from meeting the needs of workers or passengers.

“We are calling on passengers, communities and politicians to join our campaign for publicly owned and operated services that put people before profit and deliver the lifeline ferry services that Scotland’s communities require.”

Gordon Martin, the regional organiser of Scotland for the RMT, said: “They’re not reactive enough to the needs of the workforce and the needs of the community that use them and that’s really why we are here.

“We’re not here to have a go at CalMac.

“We’re here to say, let’s work together, let’s make things better for everybody at CalMac, the workforce who we represent, and the island communities who rely on CalMac.”

“So, I do think that it does have an impact.”