Rescuers jump into harbour to save pod of trapped dolphins

The dolphins got stranded in the shallow water in Stornway harbour. 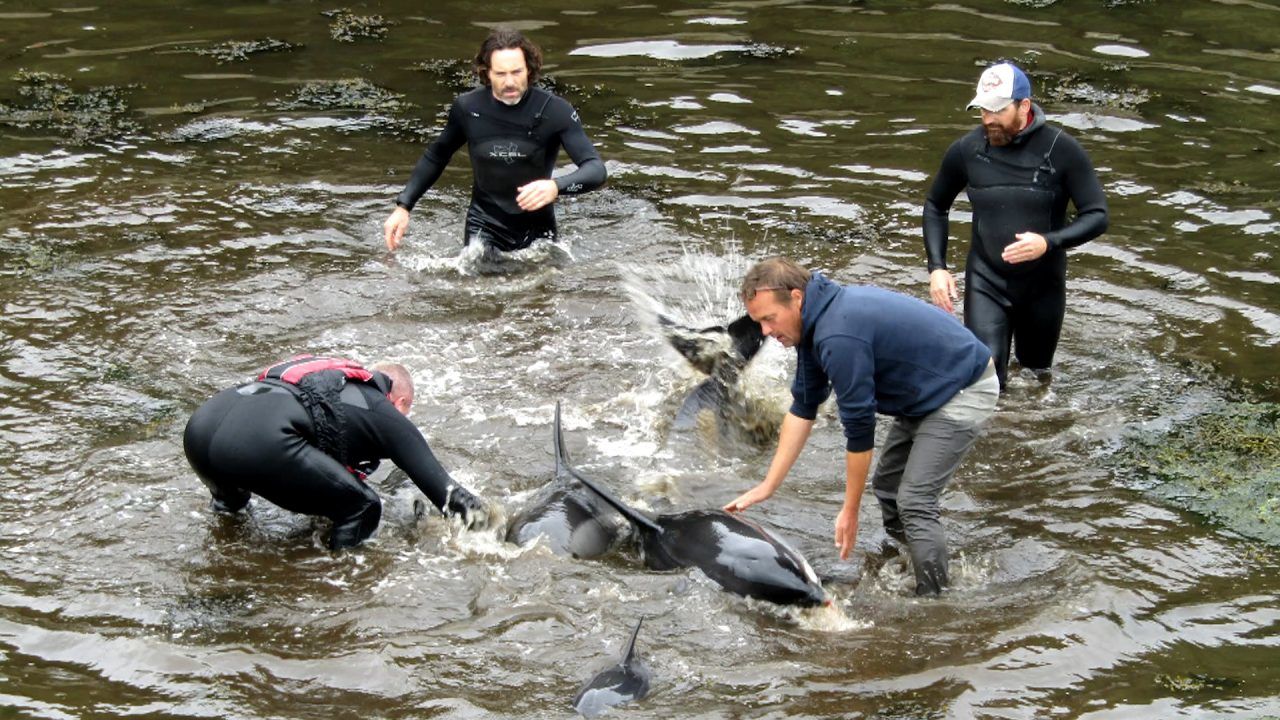 Rescuers battled to save a pod of dolphins trapped in shallow water in Stornoway harbour on Monday.

One dolphin appeared to be ill and its companions followed it into the inner harbour ending up in Bayhead estuary.

Locals and tourists jumped to their rescue as did local coastguard personnel wading into the water in a bid to coax them to safety.

Nicola Hodgins, of the Whale and Dolphin Conservation UK, said: “We’re trying to co-ordinate with the police and coastguard over the situation.

“The dolphins have already stranded once and there’s the possibility they are going to strand again.”

Philip Marks, a surfer on his way to a cafe saw the incident unfold and said: “I ran back to my van and grabbed my wetsuit to help out.

“There was only one person in the water at the time and he was struggling with six dolphins stranded there and I just jumped in.

“All of them were pretty much stuck.

“Even after re-floating the group remained close to the shallows, risking re-grounding, swimming in tight circles around yachts in the port’s marina.”

Two crew members of Stornoway RNLI lifeboat got behind the pod in their inflatable boat and a group of local canoeists helped steer the dolphins on a zigzag course through the harbour channel.

By 2pm the pod had been encouraged towards Arnish lighthouse towards the open water of the Minch.