Rare seal released back into wild after recovering from injuries

Care staff hope Hispi will be able to make his way to more familiar waters. 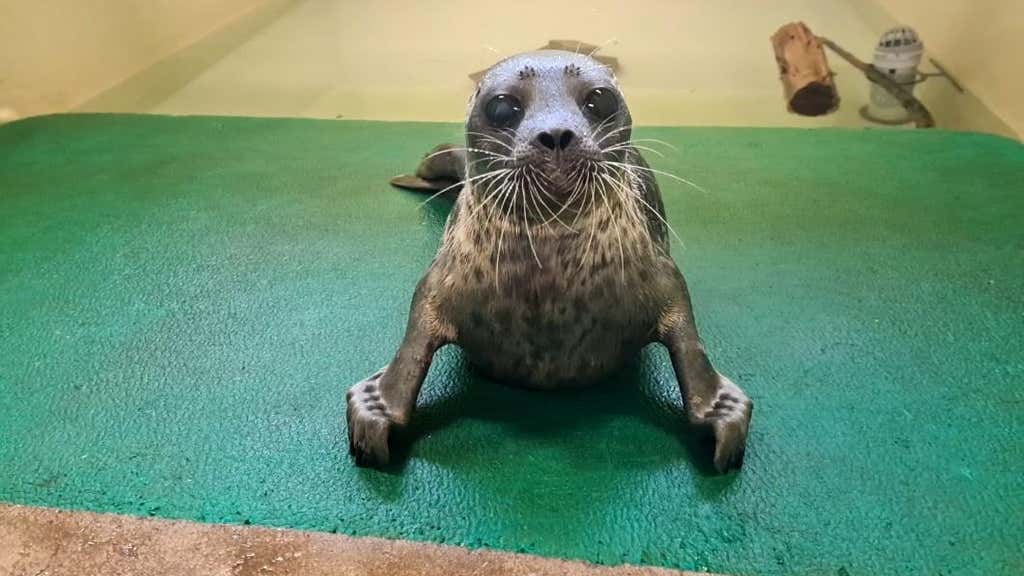 A rare seal found injured in Aberdeen has been released back into the wild after being nursed back to health by a wildlife charity.

The Scottish Society for the Prevention of Cruelty to Animals (SSPCA) worked to heal Hispi – a rare ringed seal the likes of which have only been sighted in the UK up to 30 times in the last century – before releasing him back to the waters off Shetland.

Ringed seals are most often spotted in Arctic waters but Hispi – who was between six and eight weeks old when he was spotted in August – was found lethargic and with multiple abrasions at Cove Bay harbour in Aberdeen, before being taken to the charity’s national wildlife rescue centre.

The team flew to Shetland in order to release the pup with the help of the Civil Air Support Charity in hopes he would be able to make his way from the most northern Scottish island back home.

Sarah Beattie, the assistant manager of the rescue centre, travelled north with Hispi.

“We’re delighted to be able to release Hispi back in to the wild where he belongs,” she said.

“We’re not sure how Hispi ended up in Aberdeen or what caused him to be separated from his mother.

“Although he was only six to eight weeks old when he came in to our care, he recovered well from his injuries and quickly began putting on weight.

“Our team arranged for him to be flown to Shetland so that he could be released from the most northerly point in Scotland and have the best possible chance of making it back home where he belongs.”

She added: “The team at the centre have done a fantastic job rehabilitating him and preparing him for life in the wild.

“We couldn’t be happier with how the release went. He didn’t hang about for very long and it was great to see him back in his natural habitat and starting his journey home.

“It’s always an amazing feeling seeing an animal we cared for be released successfully back in to the wild, but it’s even more special when it’s a rare species like this.”

Before his release on Saturday, Hispi spent the night at the Hillswick Wildlife Sanctuary on the island.