Protest planned over military’s use of remotely-piloted drones

Test flights of the RAF’s new Protector aircraft have been taking place in Moray as part of Exercise Joint Warrior. 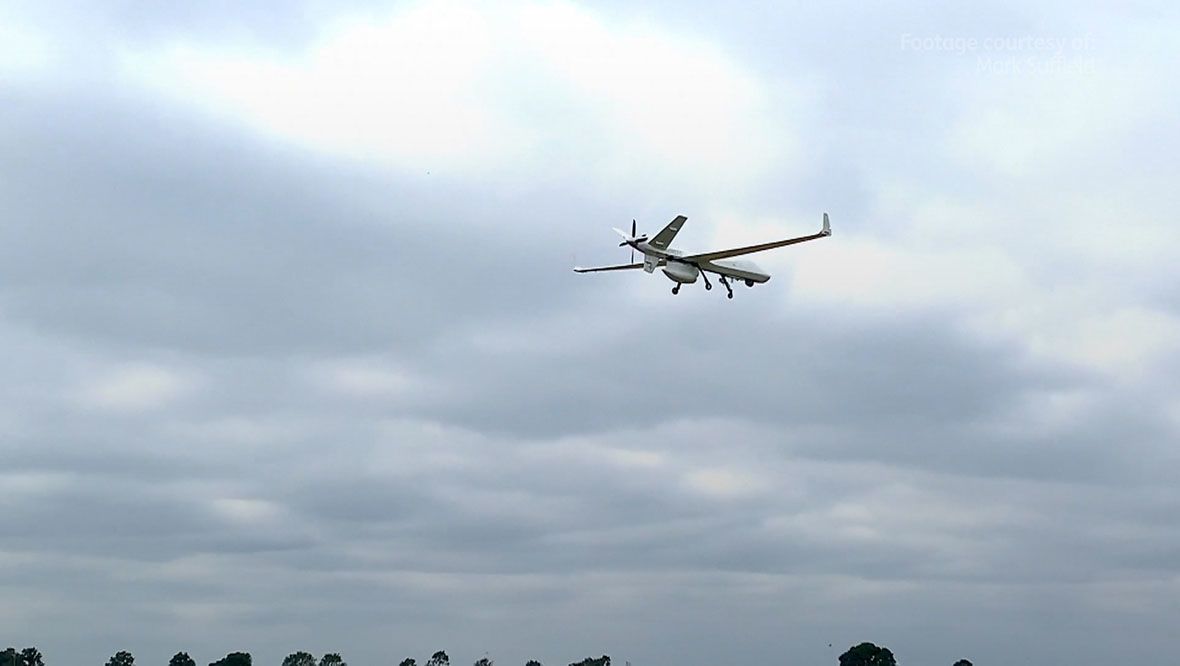 A protest is due to take place outside RAF Lossiemouth this weekend as campaigners call for a debate over the planned use of remotely-piloted drones by the UK military.

Test flights of the RAF’s new Protector aircraft, known as SkyGuardian, have been taking place out of the Moray base this week as part of Exercise Joint Warrior.

The RAF says the drone, which has a wingspan of 24 metres, is being flown to “demonstrate its capability in the maritime environment”.

Earlier this year, the Ministry of Defence (MOD) announced it is to purchase 16 of the aircraft, which are fitted with ultra-modern technology.

The drones could be equipped with missiles and bombs once fully operational.

They will be based at RAF Waddington in Lincolnshire when they enter service in 2024.

But protesters have raised safety concerns about how the exercises will impact on the local community. They have also called into question wider issues surrounding the new drones.

Tim Street from campaign group UK Drone Watch said: “There are several problems with the way in which armed drones are used.

“But we are also protesting on Saturday because of the safety implications of flying large military drones in civilian airspace.

“Currently, you can only fly them in segregated airspace, you can’t fly them alongside normal civil aircraft, but what the MOD want to do is essentially open up our skies so they can fly large military drones on a regular basis.”

The aircraft will be involved in what’s called intelligence, surveillance, targeting and reconnaissance (ISTAR) operations and can fly consistently for up to 40 hours at a time.

The new aircraft will double the UK’s existing drone capacity provided by the Reaper model currently in use.

Protector will have to meet stringent NATO and UK safety certification standards in order to operate in civilian airspace.

The MOD says it will also be available, if requested, to support civilian agencies in the UK, such as in search and rescue and disaster response missions.

Speaking earlier this year, defence minister Jeremy Quin said “Our fleet of Protector aircraft will provide the RAF with a vast global reachm allowing us to monitor and protect the battlespace for hours on end.

“The Protector programme involves industry across the UK with vital parts of the aircraft manufactured on the Isle of Wight, supporting highly skilled jobs for years to come.”