Otter cub separated from mum is rescued by wildlife sanctuary

Little Roger was rescued from the isle of Yell after his mum darted off. 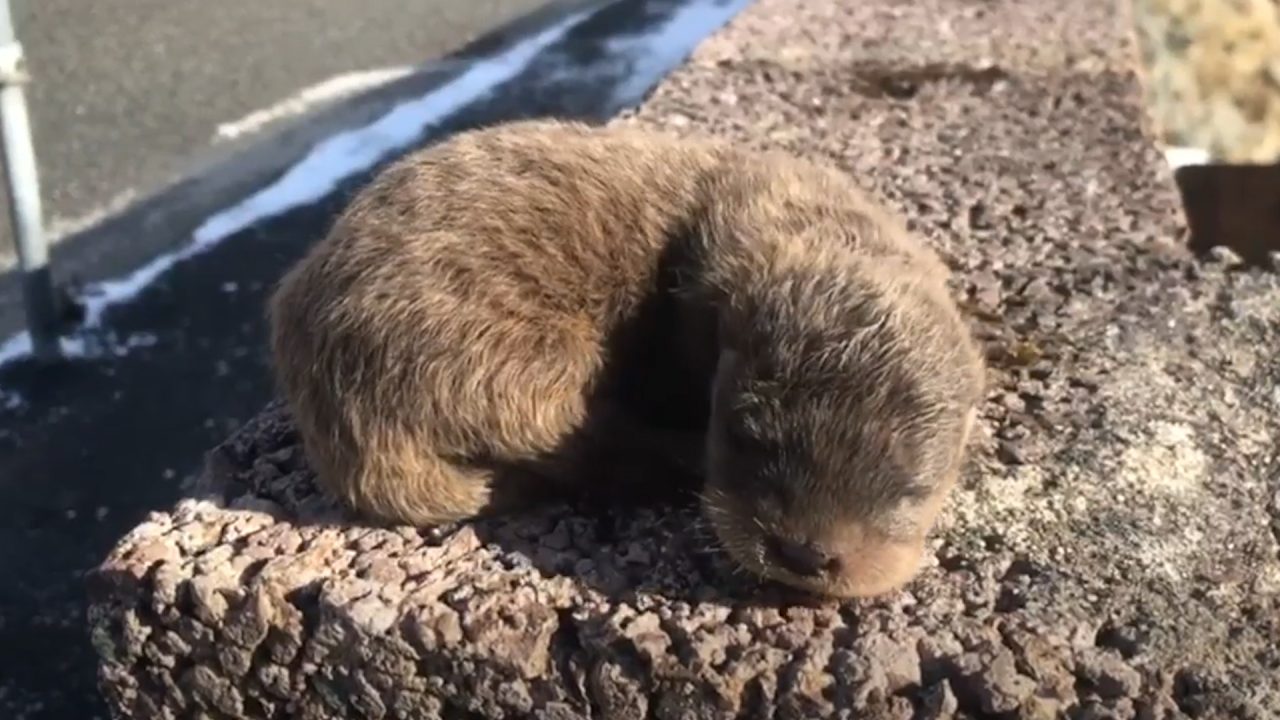 A little otter cub has been rescued from the Isle of Yell after becoming separated from his mum.

A spokesperson from Hillswick Wildlife Sanctuary said: “Keith Nisbet was slowly turning a corner at Ulsta when an otter darted in front of his minibus.

“He slammed on the brakes sure that he had hit the creature, but when he climbed out to look he found the otter had disappeared leaving behind her tiny cub.”

The minibus driver moved the otter cub to the side of the road hoping the mother would return, but unfortunately she didn’t come back.

After speaking to the owners of the Ulsta shop, Jean and Roger Smith, together they called otter expert Brydon Thomason on Unst, the Scottish SPCA and the Hillswick Wildlife Sanctuary.

The spokesperson added: “The otter cub was taken to the ferry where ferryman David Barnes took charge of looking after it, keeping it warm under his jacket.

“We met the ferry at Toft and drove back to the sanctuary.

“He’s a wee male and Keith has called him Roger.

“Once at Hillswick we managed to syringe some lactol down his throat.

“Three feeds later he seems content and is sleeping in his box in the warmth.

“This is the second youngest otter we have ever cared for.

“His fur has started turning from grey to brown, but his eyes have yet to open.

“We realise looking after Roger will be quite a challenge, but we will do our best for him.”