The 10m-long sonar contact was detected by a boat owned by Cruise Loch Ness in the Highlands. 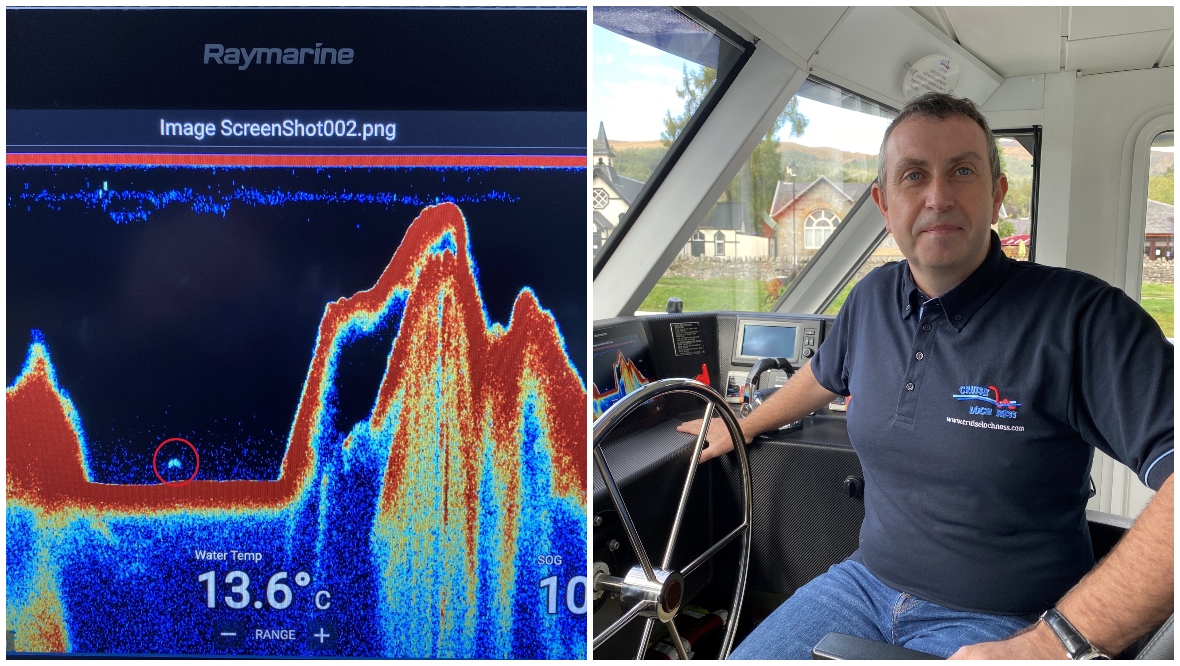 Nessie may have been captured on sonar technology after a boat picked up a mystery image 190m deep in Loch Ness.

The sonar contact, measuring around 10m, was detected by a boat owned by Cruise Loch Ness, in Fort Augustus in the Highlands.

“The depth of the loch at that point was about 190 metres. So the guide on board the boat at the time told all the other passengers that were on board and took loads of pictures.

“But there’d been more excitement because we’d just spotted a sea eagle flying over the boat, so, I think it got more interest than our big contact on the screen.”

Monster hunters have been astounded by the clarity of the image, showing something roughly 33ft long in the depths of the loch.

For Ronald, who has spent his adult life cruising Loch Ness, he is in no doubt that there is something living in the loch.

“A sonar expert had a look at the image and verified it’s 100 percent genuine. If there’s something there it will definitely show on the screen.”

The area’s tourist agency is thrilled that Nessie appears to have ended a period of lockdown.

Michael Golding from Visit Inverness Loch Ness said: “Nessie’s really had quite a hard time with the pandemic.

“I think she enjoyed hiding like everyone else during the lockdown period but now I think she’s clearly back out for sightings and I think it’s important that people do ask that question ‘what is in Loch Ness and what could you see if you go down there?’

“That question of wonder nobody has the answer to.

“In the unlikely event there are any doubters, the latest images show there’s certainly something down there and the experts say the sonar evidence is compelling.”