Over 100 engineers deployed as thousands without power for third day 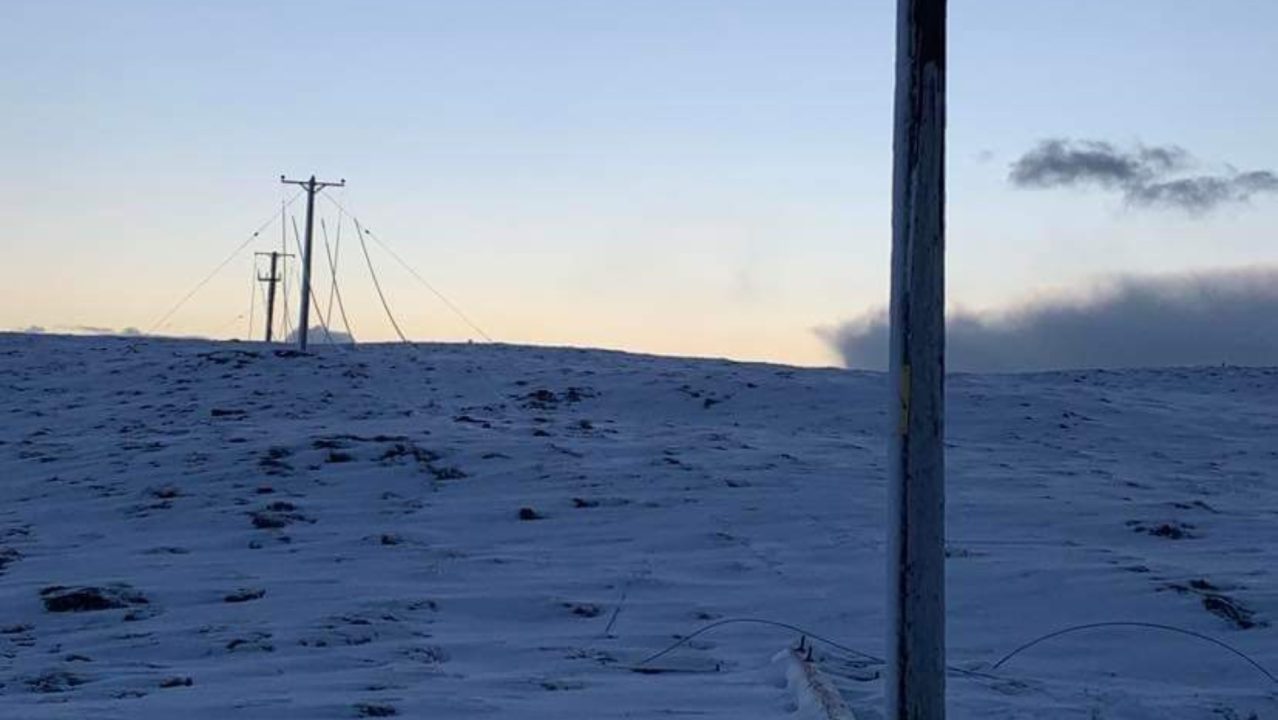 More than 100 engineers have been deployed to Shetland, almost three days after thousands of homes lost power.

Teams from Scottish and Southern Electricity Networks (SSEN) Distribution have been working to restore power since Monday, as 70 additional engineers arrived on Wednesday morning in an effort to speed up the process.

As many as 2,800 homes in Voe, Whalsay, Brae, Yell and the West Mainland still remain without access to electricity.

The outage was declared a “major incident” by the Scottish Government on Tuesday, warning locals it may be several days before the grid is back online.

SSEN has now confirmed that full restoration will most likely extend to the end of this week – particularly in West Mainland and parts of Voe.

Speaking to STV news on Wednesday, First Minister Nicola Sturgeon said the extremely cold weather was yet “another reminder of climate change”, and the outage was a “priority for everybody”.

She said: “We’re experiencing exceptionally severe weather right now. Some of the temperatures over the last few days have been lower than we’ve had for quite some time.

“Unfortunately, there is an impact of that, and that impact has been felt most severely in Shetland right now. The government, through its resilience committee, is working with partners to try to make sure that people are looked after right now.

“These are exceptional temperatures in an exceptional period of cold weather. We hope as we go into the weekend, it will get milder again,” she added.

“But of course, this, as with the exceptionally hot temperatures we experienced in the summer, is another reminder of climate change and the importance of making sure we’re thinking about how we address that in the longer term too.”

“This is due to the extent of significant network damage caused by line icing, where snow and ice accumulate on overhead power lines and the huge additional weight causes them to break,” SSEN said in a statement.

Affected customers have been offered reimbursements on “reasonable food costs” for a hot meal if they are able to safely travel to areas with power.

They are also entitled to £30 in compensation per person for every 24 hours spent without power, and have been asked to retain their receipts.

Customers on SSEN’s Priority Services Register who are without power and unable to make alternative arrangements to travel and stay with family or friends can claim reimbursements on alternative accommodation.

Mark Macdonald, head of region at SSEN Distribution, said: “Through great collaboration with resilience and travel partners, we’re getting teams, equipment, and large-scale generation on the island now to help us enact our restoration plan and make continued progress in restoring power to our customers.

“We’ve had 15 power line crews arrive on the first ferry this morning, with another 15 crews leaving tonight and many more expected to arrive by plane and helicopter to support our local teams.

“Now that it’s safe to fly, we’re organising helicopter patrols to fly our overhead lines and assess the extent of the damage, which will help us better target our restoration strategy.”

He added: “We’d like to thank our customers for their continued patience as our teams battle challenging weather conditions to restore power as quickly as possible.”