Male calves named Mountain and Drogo after characters from the TV drama Game of Thrones. 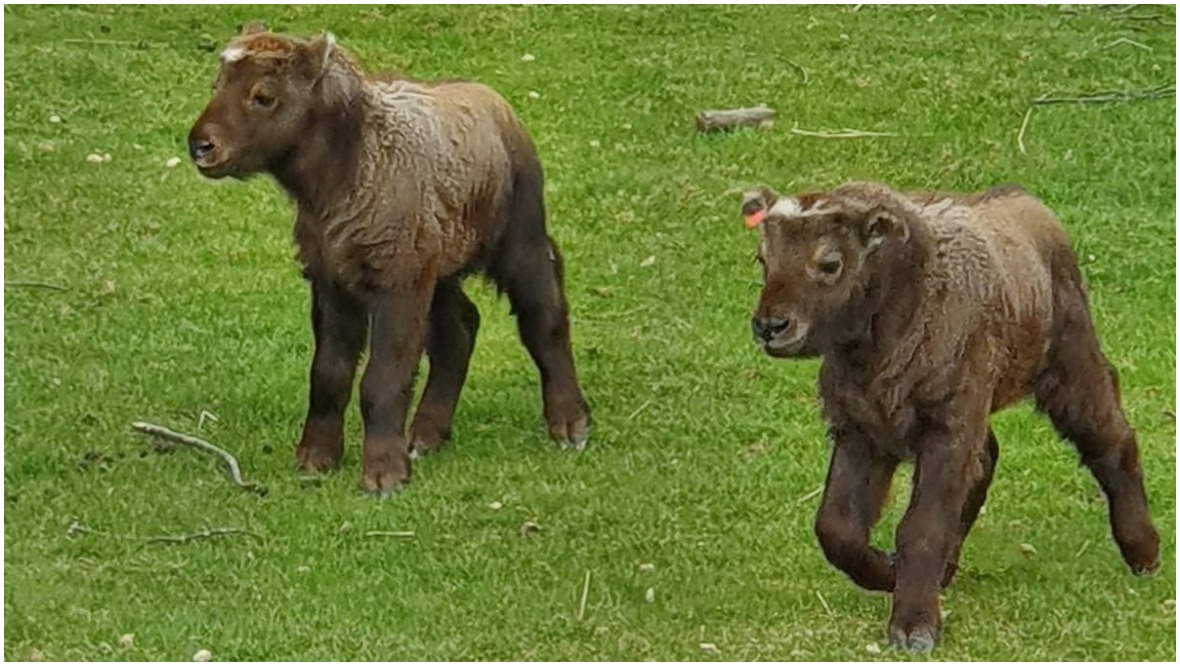 Two newborn Mishmi takin calves have been unveiled at the Royal Zoological Society of Scotland’s Highland Wildlife Park in the Cairngorms.

The male calves have been named Mountain and Drogo after characters from the TV drama Game of Thrones, continuing a tradition that began six years ago.

Debbie Barclay, hoofstock keeper at the park and species coordinator for Mishmi takin across Europe, said, “Both of our youngsters seem to be doing well. Mountain was born to mum Rosie on 7 March and Drogo a week later on 15 March to mum Chimi.”

“We started naming our Mishmi takin calves after Game of Thrones characters six years ago because lots of the keepers were fans of the show. In the past we’ve named calves Khaleesi, Brienne, Tyrion and Arya,” she added.

Mishmi takin are one of the largest goat-antelope species in the world and it is believed the legend of the golden fleece was inspired by their golden coat.

Native to India, Myanmar and China, the wild population is decreasing due to habitat loss, competition with other species, and hunting.

“The park is currently closed to the public but the keepers are still here giving all our amazing animals the best of care,” said Barclay.

“Being closed means we have no visitor income and it costs £6,000 to feed our animals each month. We’re incredibly grateful to our members, supporters and everyone who has donated at this difficult time. Anyone who wants to help look after our animals and save species in the wild can find out how on our website,” she added.