Quinn Young used her time off school to notch up the milestone hill over the summer. 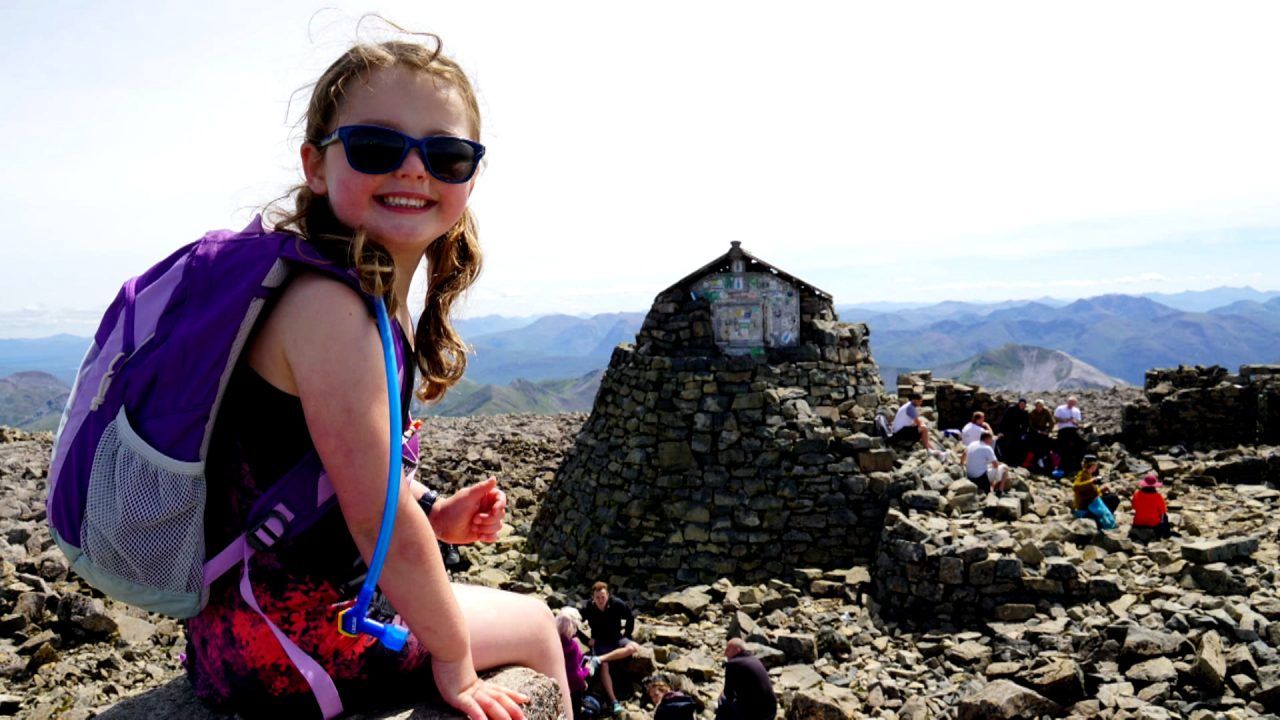 A nine-year-old Highland girl is blazing a trail in the climbing world after bagging her 100th Munro during the summer holidays.

Quinn Young has enjoyed the activity since she was a toddler but used the extra free time to notch up her milestone hill over the summer.

The primary five pupil from Inverness scaled her 100th Munro, a mountain over 3000ft, during the break – no mean feat even for hill-going adults.

“Quinn says I like seeing all the other mountains when you stand at the top and you’ve got to try and see if you have done the ones you can see. When you walk up them you try to challenge yourself.

“I have a lot of energy and I always like to run down the hills.”

Reaching the peaks isn’t anything new for Quinn, she’s been accompanying her dad Ian on climbing adventures since she was three years old.

Her mum Fiona says  “She is always on the go, doing different activities. She is always outside playing with her friends and I think it’s really important.  Lockdown which had such a negative impact on people’s mental health and this is a way of enjoying the outdoors, getting the kids out there and enjoying it as a family.”

Quinn has even tackled the fearsome ‘In Pin’, the renowned Inaccessible Pinnacle in the Skye Cuillin, which is notorious as the most difficult of the Munros.

It requires a rock-climb and an abseil to complete the ascent, but accompanied by another expert guide, Quinn took it all in her stride.

Quinn says “I was thinking don’t fall off!  It was really high.”

Her dad Ian says “As long as she enjoys it and as long as she is having fun going out then that’s the best thing. That’s the best time you can have with your kids. And through social media you can kind of inspire other kids to go out as well – there’s plenty of hillwalking groups online and you can see other people going out and saying what an amazing time they are having.”

Quinn’s parents say they meticulously plan out their routes and always place safety as paramount.  Quinn is learning to navigate too… she says she’s no intention of stopping and now plans to bag every Munro in Scotland – all 282 of them.