The A9 was closed after the Scottish Fire and Rescue Service was alerted to an out-of-control fire shortly before 2pm on Wednesday, March 17. 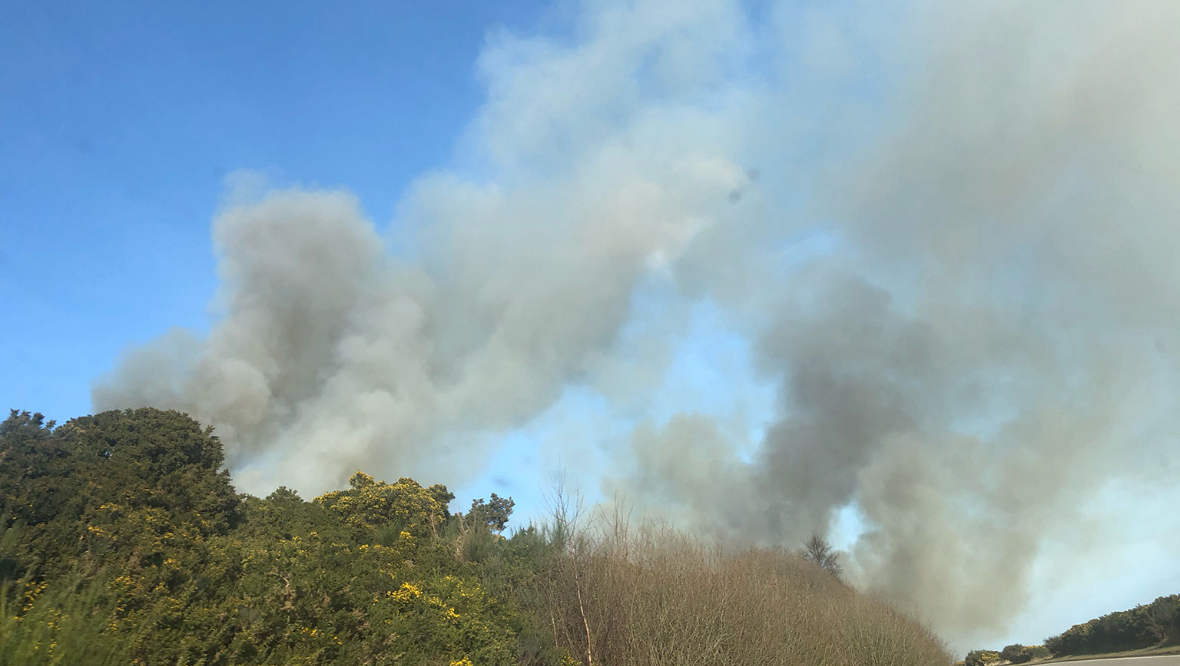 Firefighters have been working for hours to control a 200m wide blaze stretching along a major Highlands highway.

The A9 was closed after the Scottish Fire and Rescue Service was alerted to an out-of-control fire shortly before 2pm on Wednesday, March 17.

Six appliances were mobilised to the scene near West Helmsdale, on the east coast of Sutherland.

Liam Worrall, 23, was making his usual work journey from Inverness to Wick when he saw the smoke from the massive fire.

The offshore wind farm worker told STV News: “The visibility got pretty bad after that. A couple of the guys got stuck down the road and had to go round the west coast.

“We were approaching it, you could smell the smoke driving past.

“It didn’t look controlled. From what I heard it was 600 foot wide.”

The Scottish Fire and Rescue Service confirmed the firefront was 200m long and firefighters were still at the scene with the fire now under control.

The A9 was restricted in both directions between Helmsdale and Newport due to the hillside blaze but reopened at around 8pm.

A massive wildfire engulfed a hillside in nearby Portgower last month. Firefighters fought the blaze by the Highland village on February 27 for hours.