Love birds: Owl and mate of 18 years reunited after theft

Maximus and Victoria are back together after he was stolen on Monday night. 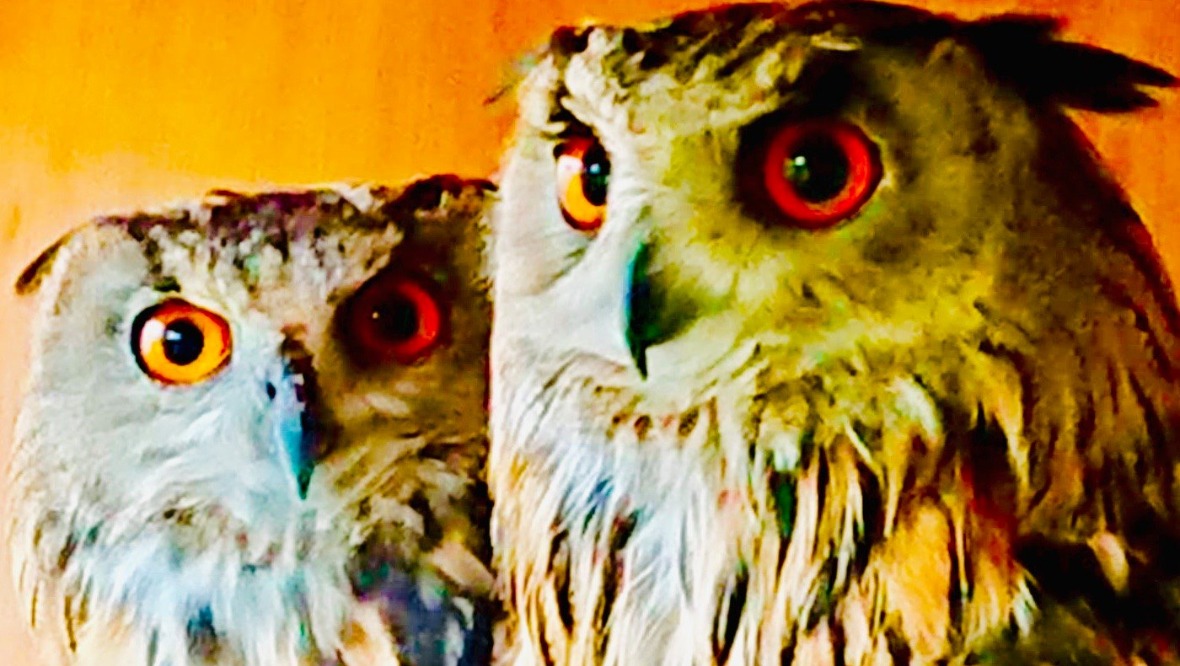 An owl and his mate of 18 years have been reunited after being forced apart by a thief.

The bird was split up from his partner Victoria, who was left heartbroken and, according to director Hadassah Broscova-Righetti, “crying all night” and refusing to eat.

However, the pair are back together after he was found “safe and well” in the area.

Ms Broscova-Righetti said: “Whilst details are still unfolding, and we cannot release all the information due to the ongoing police enquiry, a rather traumatised Maximus has been reunited with Victoria at Blue Highlands.

“If hearts could burst with joy, ours would be… Right now we are overwhelmed by the love and support of our community, police and media efforts.”

Sergeant Mike Gallie added: “We are pleased to confirm that Maximus, the missing eagle owl from Brora, has been found safe and well.

“Enquiries are still ongoing into the circumstances of the incident which is currently still being treated as a theft.”

If anyone has any information they should contact police on 101.