Thousands have called into the converted byre that's become an international tourist attraction. 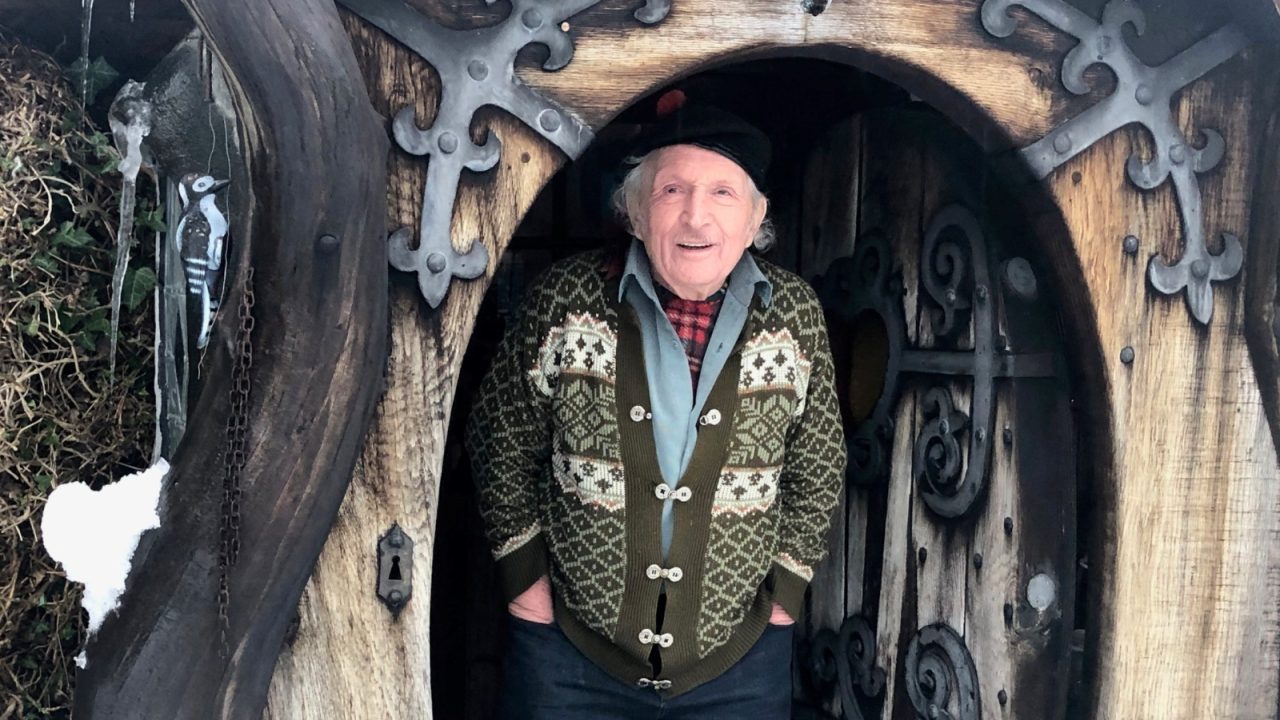 He has never seen Lord of the Rings, but carpenter Stuart Grant appears to be living in it.

The craftsman, who celebrated his 90th birthday this week ,often welcomes fans of the movie into his self-built Highland ‘Hobbit home’.

Thousands, from around the world, have called in at his converted byre in Tomich.

Once a lowly cowshed on a shoemaker’s croft, a transformation by a master craftsman has turned it into an international tourist attraction.

The woodcutter began the project 40 years ago. He bought a croft and planned to rebuild the nearby house.

While roughing it in the byre, his imagination got the better of him and he decided to make it his home.

“I thought I’d make this place comfortable to live in,” Stuart said. “I got such a buzz out of making it comfortable that I ended up with this and never got back to doing up the house.”

It’s compact and surreal – like walking into a fairytale – crafted with locally sourced wood and stone, a labour of love between his various globetrotting trips abroad.

Being hidden in remote woodland in Glen Affric, Stuart was stunned when the place gradually drew crowds of admirers.

“I didn’t think there was anything special about it,” he said. “It was just made of other people’s cast-offs and stones out of the river and fallen trees and things like that.

“And I didn’t think there was anything special about it, but people starting to tell their friends about it and friends of friends came.”

Inevitable comparisons with the fantasy architecture of movie blockbuster Lord of the Rings surprised the great grandfather.

“I never got around to watching Lord of the Rings,” he said. “I know about it. And my door’s almost the same shape as theirs and it’s the same kind of wood, polished oak. And it’s got the stained glass at each side, same as theirs.

Donations left in a mug at the entrance to his home have amounted to thousands of pounds since a friend suggested he should be rewarded for always offering a warm welcome.

Stuart has passed on every penny to charity.