The popularity of the Highland route has left a trail of litter and human waste. 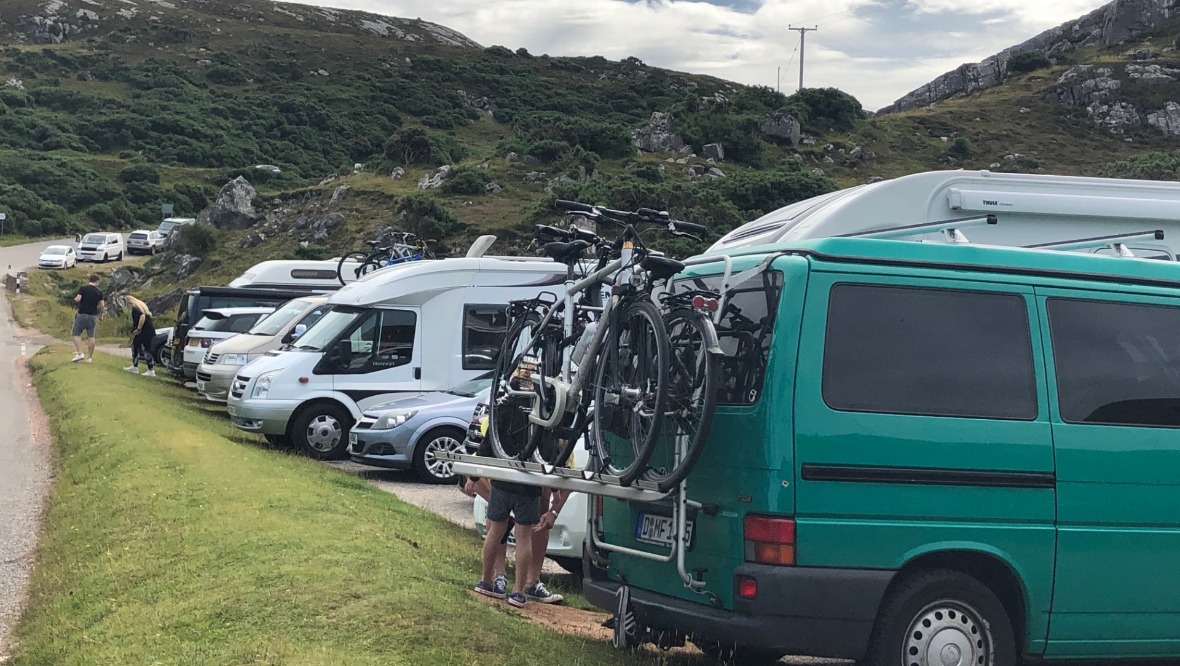 A trail of human waste and litter has left locals and businesses on the North Coast 500 trail frustrated.

Following a post-lockdown tourism spike, wild campers and those in campervans have been frequently spotted alongside the route, especially in north west Sutherland.

While most of the visitors are courteous, the popularity of the area has left a trail of litter and human waste.

The popular Smoo Cave attraction at Durness risks becoming known as ‘poo cave’, due to the amount of human and dog faeces littering the place on a daily basis.

The issue is particularly galling for local residents, as well maintained public toilets are open 24 hours a day.

There is frustration that the village’s waste centre, which Highland Council closed because of the Coronavirus pandemic, will not reopen next week despite hoards of litter being left behind by visitors.

Donald Campbell, Durness Community Council chairman, said: “How would they like it if someone just dumped their rubbish in their garden, in a town?

“We’re very fragile here and we’re very concerned about the amount of tourists coming and we’re restricted in how we can handle it.”

Parking has become another issue for residents, with visitors blocking single-track roads and creating potentially serious hazards for emergency crews.

Hugh Morrison, a hotelier and Highland councillor for the area, said: “People have blocked narrow single-track roads with their vehicles which is a potentially serious hazard in the event of emergency crews needing access.

“We obviously welcome visitors but also urge them to be respectful.”

Dave McBain of Historic Assynt is angry that campers and motor-homers have pitched up within close range of sacred ruins Calda House and Ardvreck Castle, beside Loch Assynt.

It has led to the landowner digging a trench to deter vehicles, with new signs installed to get the message across.

“And that is not a grey area, legally. That is black and white – it’s illegal to pitch up there.”

The five-year-old NC500 project has become a victim of its own success, drawing vast numbers of additional visitors to the north of Scotland.

It is estimated to have boosted Scotland’s economy by £23m last year alone.

However, the extra traffic has left many stretches of its fragile road network crumbling.

NC500 chairman Tom Campbell said: “One of the things to emerge from the pandemic is the critical importance of tourism.

Taxpayers fund the road repairs. Both Highland Council and the Scottish Government say they’re committed to improving things for everyone using the NC500.

A spokesman for the Scottish Government said that, in the wake of the pandemic, it had committed almost £330m extra funding for local governments, “of which Highland Council will receive their fair share”.

He added: “While Highland Council is responsible for maintaining their local road network, we have responsibility for just over 100 miles of the (516-mile) route.

“We are committed to working with councils to improve the condition of roads and to develop new ways of working to strengthen the overall approach to maintenance.”