The boat put out a mayday after it began taking on water in the north-west Highlands. 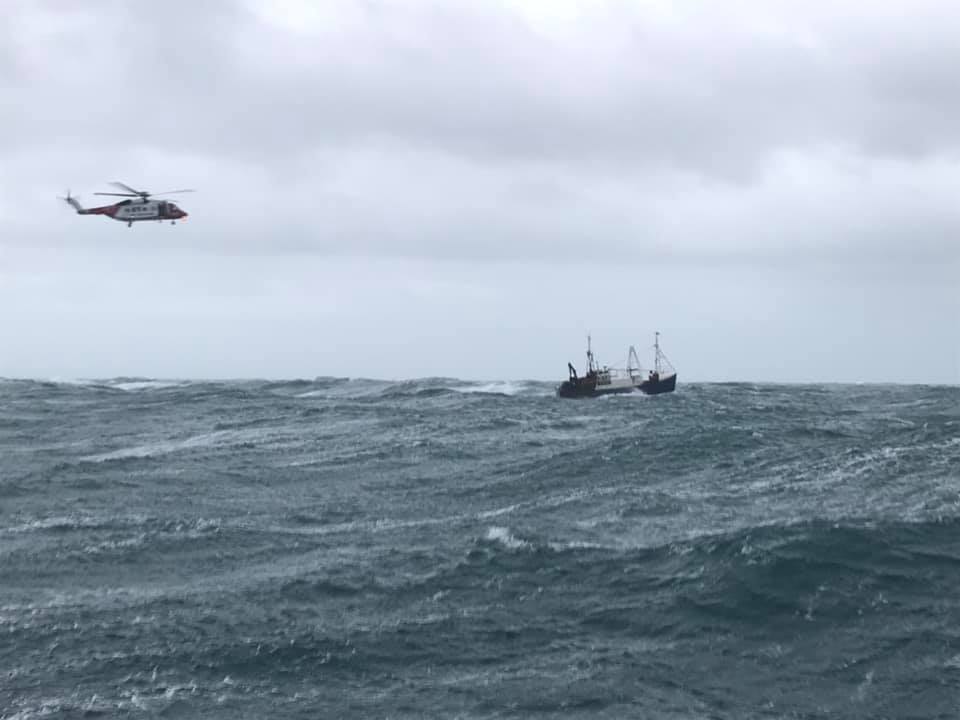 A lifeboat crew faced 45mph winds and 20ft swell as they rescued a fishing vessel.

The boat put out a mayday when it started taking on water 15 miles west of Kinlochbervie in the north-west Highlands at around 1.20pm on Sunday.

Lochinver RNLI lifeboat and the Stornoway Coastguard helicopter went to help the fishing boat, which had three people on board.

The helicopter transferred a lifeboat pump onto the vessel then returned to base to pick up a second pump.

The lifeboat crew posted pictures of the rescue operation on the RNLI Lochinver Facebook page.

Describing the rescue, a post on the page said: “The weather was very poor in The Minch with south west winds at 45 miles per hour and a six meter swell, conditions were a little challenging.

“The Stornoway search and rescue helicopter was also in attendance.

“Once the crew got the pump up and running they were successfully able to remove the water from the bilges and continued on their way to Stornoway with the lifeboat standing by in attendance astern in case of need.”

The lifeboat escorted the fishing vessel back towards Stornoway and the Stornoway RNLI lifeboat then came out to take over, allowing the Lochinver team to return to base.

A coastguard spokesman said: “HM Coastguard coordinated a search and rescue response after a fishing vessel with three people on board reported it was taking on water in the Minch, in north-west Scotland, on Sunday.

“A mayday came in just after 1.20pm from the vessel, which was 15 miles west of Kinlochbervie, Lochinver.

“RNLI lifeboat attended and the HM Coastguard helicopter from Stornoway transferred a lifeboat pump to the vessel, and then returned back to base to pick-up a second pump.

“A cargo vessel and the Coastguard’s emergency towing vessel also attended the scene and assisted.

“The vessel was taken to Stornoway harbour, where Stornoway Coastguard Rescue Team monitored the situation and pump.”