The A listed building has previously been valued at £1 - but repairs could cost millions.

The sale of a picturesque Victorian mansion, which has played host to lavish parties, has been put on hold after concerns were raised by the local island community.

Kinloch Castle on the Isle of Rum is owned by Scottish Government agency NatureScot, and a new owner for the dilapidated category A-listed building has been sought for years.

But while the building has previously been valued at just £1, a new owner may have to inject millions into the property to stop it from falling into further disrepair.

The Isle of Rum Community Trust is now in talks with the Scottish Government minister responsible for the government body, Lorna Slater, and has raised a number of concerns surrounding the sale.

Slater said that ministers “are keen to find a sustainable solution” for the historic building “that eases the burden on the public purse” and also “work for the community”.

In a statement following a meeting with islanders, she said: “I was grateful for the opportunity to hear directly from the Isle of Rum Community Trust on its concerns in relation to the proposed private sale of Kinloch Castle.  It is clear to me that the future of the Castle is dependent on the support of the community on Rum.

“Scottish Ministers are keen to find a sustainable solution for the Castle that eases the burden on the public purse, but not at any cost – the ideal solution must work for the community, particularly in a fragile island setting. I am confident that we can work together going forward to find a way to secure a future for the Castle that works for all.”

Previous bids to purchase the property have been rejected including a bid by community group Kinloch Castle Friends Association to take over the lodge and turn it into a 51-bed B&B with a museum.

Kinloch Castle was built between 1897 and 1900 as a private hunting lodge for Sir George Bullough, a textile tycoon from Lancashire whose father bought Rum as his summer residence and shooting estate.

It has been in decline for several years, requiring extensive restoration work as it has extensive wet and dry rot found throughout the property, ceilings requiring maintenance, and chimneys needing to be rebuilt from the ground up. 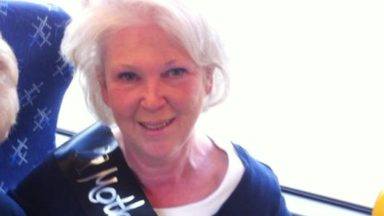