A yellow weather warning was in place for parts of the north east and Highlands on Thursday. 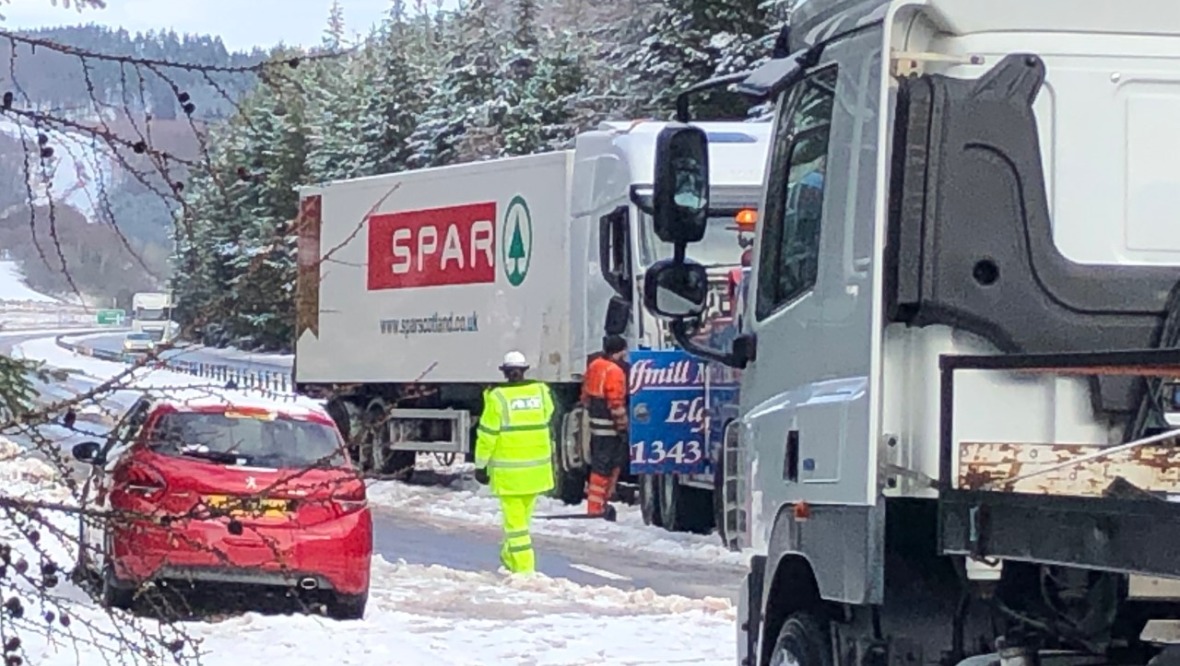 A jackknifed lorry blocked the A9 in the Highlands following heavy snowfall in the area.

The Met Office issued a yellow weather warning for snow for parts of the north east and Highlands, which was in place from midnight until 9am on Thursday.

Heavy snowfall on the A9 led to a jackknifed lorry on the busy road near Daviot around 7am, which left traffic at a standstill.

Emergency services attended the scene and the southbound carriage was partially reopened around 9.30am.

A ten minute diversion was put in place for motorists and the road was cleared by 10am.

A Police Scotland spokesperson said: “We were called around 7am on Thursday April 7 to a report of a lorry jackknifed on the A9 at the Fort Augustus junction, Daviot. Officers are currently in attendance.

Meanwhile Traffic Scotland said the A939 was closed between Cock Bridge and Tomintoul due to snowfall.

A fallen tree had also been reported on the road around 6am, which was cleared by the council.