Huntington’s trial ‘has brought me out the darkness’

Sandy Patience is one of the first people to take part in a potentially groundbreaking new trial. 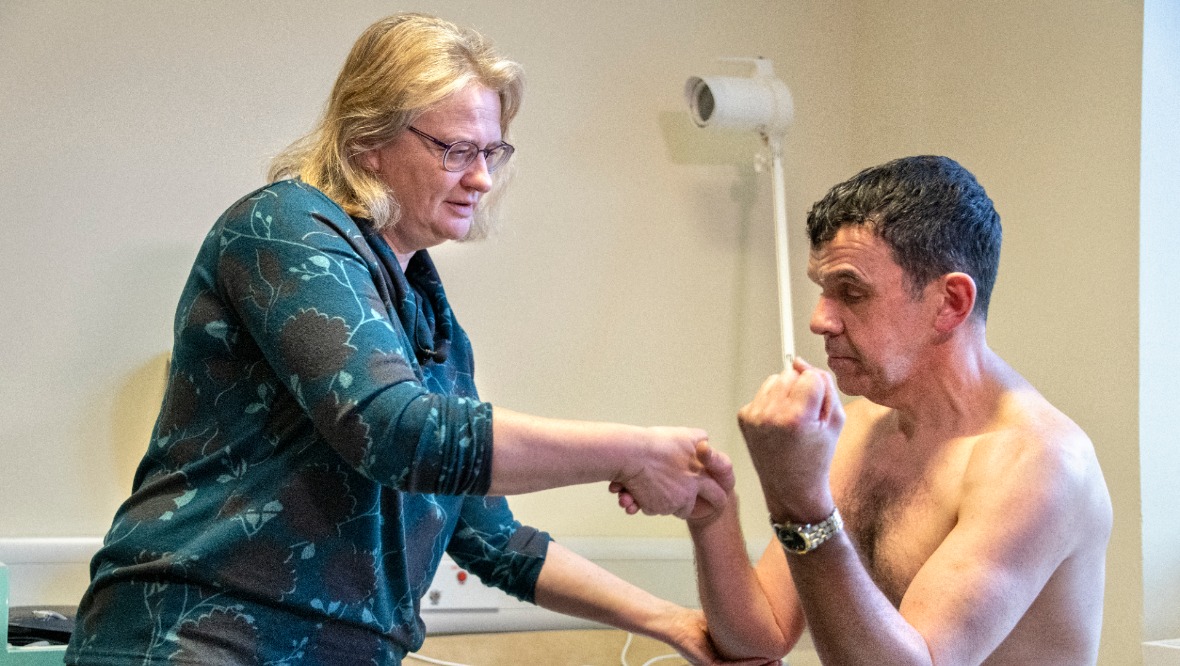 Zosia Miedzybrodzka is running the trial Sandy Patience is taking part in.

One of the first people in Scotland to take part in a new trial for Huntington’s disease (HD) says he can now “focus on the good”.

Sandy Patience is among only 801 people globally taking part in the Roche Generation-HD1 study.

The research, led by Zosia Miedzybrodzka at Aberdeen University, aims to find out if a new gene-blocking compound can slow progression of the disease.

HD is an inherited condition that stops parts of the brain working properly over time.

The disease is usually fatal around 20 years after it becomes obvious, with no effective treatment to halt or slow its progression.

Mr Patience, originally from Avoch in the Highlands, was diagnosed with the condition two years ago.

The 57-year-old said: “Huntington’s disease has had a massive effect on all my family. Everyone I have ever loved has been affected by this illness.

“My mum was 59 when she died and although I was 21 at the time, I never really knew her well as the disease took so much from her.

“I had a very difficult childhood – instead of going to play football my life was going to the hospital to visit relatives struck down by this horrible illness.

“Over the last nine years, I’ve watched my dear sister deteriorate in a care home.

“Huntington’s has robbed her of everything apart from her wonderful wit and a determination to keep going.”

After hearing about a trial, the railway signalman made a vow to himself to take part.

The trial drug is an antisense oligonucleotide (ASO).

This is a short strand of genetic code that will bind to the mutant Huntington gene product (mHTT).

It is hoped this process will lower the active mHTT levels in the brain and therefore slow progression of HD, and lead to a much-improved quality of life.

Aberdeen is one of 11 sites in the UK participating in the worldwide trial, which involves 15 countries.

Mr Patience travels every two months from his home in Inverness to Aberdeen Royal Infirmary where a sample of his brain fluid is taken for analysis, after which a trial drug or a placebo is administered.

He added: “I’m hoping against hope that I am on the trial drug but even if I’m on the placebo the trial has had a very positive effect on my life.

“From a real place of darkness I am now able to focus on the good. I could write a book about the illness and its effects but right now I’m too busy living.”