Archaeologists are now in a race against time to excavate and preserve the site in Orkney which is prone to landslides.

Archaeologists are racing against time to excavate and preserve a large Pictish cemetery – after storm damage revealed human remains.

The coastal site at Newark in Orkney was battered by recent high winds and waves.

The ground, which is formed of soft boulder clay, is prone to landslides as it holds on to high volumes of rainwater, according to experts.

Volunteers are working to secure the cemetery site, which is currently being protected by sandbags, as quickly as possible.

It is believed the cemetery could hold invaluable information about the little-understood transition between the Pictish era and the arrival of Vikings on Orkney.

Human remains which have fallen onto the beach will be collected and moved for safekeeping.

Bones exposed in the boulder clay will remain in place until a full excavation can get underway, allowing archaeologists to get a full picture of the burial rituals carried out there.

Pete Higgins, senior project manager at Orkney Research Centre for Archaeology (ORCA) said the site would be lost to the sear “within a few short years” without work to upkeep it.

Mr Higgins said: “The archaeologically important site at Newark on the south east coast of Orkney is under constant threat from storm surges and huge waves blowing in from the North Sea.

“The coast in this location is made up of soft boulder clay and, with the continual procession of bad weather we have experienced in the past few months, the site is under constant threat of further destruction – revealing more human remains as each storm passes.”

‘The site is under constant threat of further destruction – revealing more human remains as each storm passes.’

The cemetery was in use from at least 550AD to 1450AD, with bodies buried over four of five layers.

The skeletons removed from the site during the 1960s and 1970s by Professor Brothwell of York University are now largely stored at the Natural History Museum in London, with some held at Orkney Museum in Kirkwall.

In 2016 a carved Pictish type two stone was exposed and excavated by ORCA Archaeology.

A three-year project, funded by Historic Environment Scotland, is now under way to better understand the site and the remains found there.

DNA analysis of the human remains will be carried out to determine the background of those buried there.

Newark was also once home to a 17th-century manor house which was also claimed by erosion of the coastline.

The site is being actively watched over by Deerness residents and volunteers from across Orkney, including students and staff from the University of the Highlands and Islands (UHI) Archaeology Institute.

A major report is now being compiled, detailing the work that has been completed at Newark in the past and what needs to be done for the future.

Mr Higgins added: “We know that the site was excavated in the 1960s and 1970s by Professor Brothwell of York University and that remains of more than 200 individuals were excavated during that time.

“The cemetery was in use from at least 550AD to 1450AD, and although its physical extent is not known, it is thought to be extensive.

“Further research work connected with the major project now being undertaken by ORCA will determine more over the next three years.

Race to save Atlantic salmon from extinction picks up speed 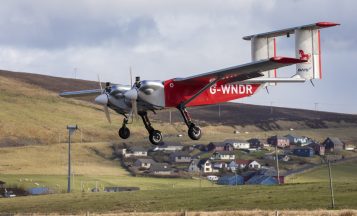 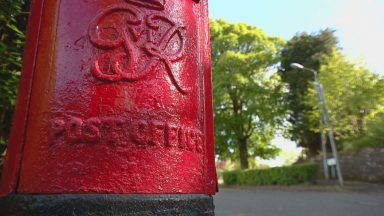 Former postmaster tells inquiry he was made to admit 'false accounting' 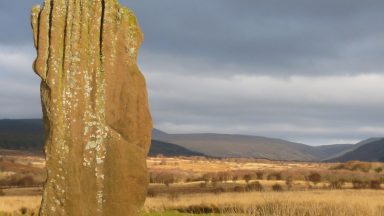 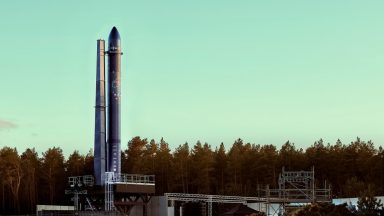 Prototype rocket revealed ahead of blast off from Highland 'Space Hub'