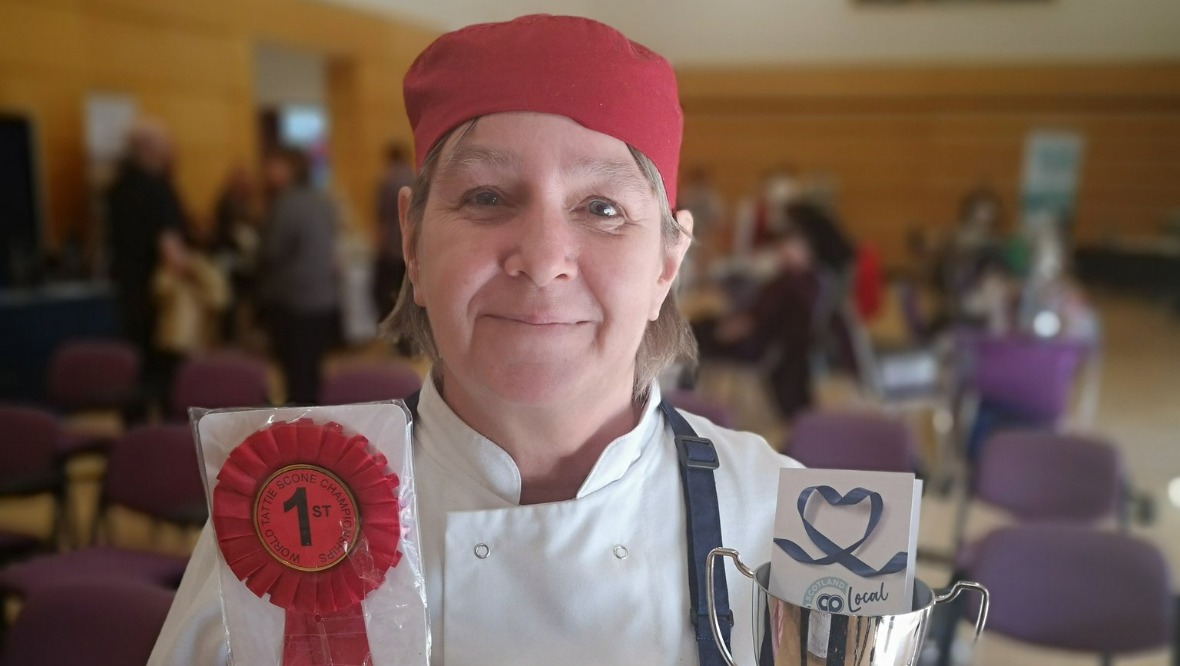 They are traditionally made with potatoes, flour and butter – but a staple of Scottish breakfasts was given a twist at the weekend in the Tattie Scone World Championships.

Entrants put forward a variety of recipes, with ingredients including Pina Colada, chocolate and bacon.

Would-be world champions battled it out at the Nairn Arts and Community Centre to be crowned the ultimate top tattie scone maker as part of the Taste of Nairn food festival.

It is the eighth time the global competition has been held, and the competition was fierce.

Competitors were provided with potatoes, flour and butter, the traditional ingredients of a tattie scone, but they could add anything else they liked, apart from alcohol.

Organiser Vicky Farquhar from Oakwood Cookery School near Elgin said: “Everyone loves a tattie scone and they are really versatile and able to adapt with a huge variety of flavours. We have had savoury and sweet entries, and they are easy to make. You can really do whatever you like with a tattie scone.”

Recipes were marked on shape, taste, colour, and ‘magic ingredient’.

On the day the entries were whittled down to 14 cooks but there was one stand-out tattie scone whose maker won the coveted prize.

Donna said: “It really means a lot to win. I practiced a lot to get it just right and balance the sweetness of the maple syrup with the savoury and salty bacon. I will keep experimenting with new tattie scone recipes.”

Donna says she’s delighted to have won the coveted trophy, and bragging rights as the best tattie scone maker in the world.